We've been on the road. We left last week for Los Angeles for the annual Inner Circle of Advocates Meeting. On Wednesday we flew to our home in Scottsdale for a couple of days and on Friday flew to Las Vegas where I was giving a talk Saturday to the California Trial Lawyers annual convention. On Sunday we return home.

The Inner Circle meeting was stimulating and enjoyable. A small group (100 members) of great plaintiff trial lawyers from around the country sharing their ideas on trial from many different perspectives. We heard from an outstanding series of speakers, each of whom had written a book in 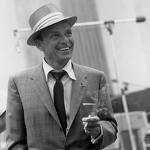 2008. We were given a copy of each of the book the speaker had written. A wonderful dinner party at Tom Girardi's mansion in Pasadena featured the singer Michael Bolton for entertainment. Los Angeles lawyer Browne Greene had a dinner party at his home on the beach at Santa Monica that had celebrity look-alikes. There was a Joan Rivers, Marilyn Monroe and Frank Sinatra as well as many others. The man playing Sinatra was a dead ringer for the late singer and sounded just like him when he sang "New York, New York."

We missed the over 100 degree weather in Scottsdale, but had a record monsoon rainfall one night with the most incredible lightening storm I've ever seen. This wasn't just one lightening strike and then another. It was a continuing series of flashes that went on steadily for a long time.

I've decided what goes on in Vegas should stay in Vegas. I've decided there is little about the place I like anymore, and a whole lot I don't like.. That includes the noise, the artificiality of the place and especially the prices. Paying $8.50 for a bottle of Bud Light offends me as does the minimum at the craps table. The whole atmosphere that used to excite me now makes me want to escape. I am getting old. The trial lawyers meeting, on the other hand, was exceptional. Tom Girardi gave a talk with a series of movie clips that was both informative and entertaining. Brian Panish gave an excellent talk on trial. A lawyer friend from Texas gave a talk on his experience as the pro bono lawyer for a prisoner at Guantanamo. Dicky Griggs deserves a medal for his work. I gave a talk on arguing damages to conservative jurors that went longer then I intended, but the audience was gracious. It's a thrill to speak to a room of 1000 people. I can't imagine what it's like for Obama to talk to 200,000 as he did in Berlin.

So that's my travel report for the week.