Pearl Harbor Day, December 7th, came and went with only a passing media reference to this historical day. World War II for the United States began on that date when a Japanese war fleet with planes and submarines launched a surprise attack on Hawaii the morning of December 7, 1941. The target was our naval base and war fleet at Pearl Harbor. Almost all of us who were alive at the time can remember the precise moment when we learned about the attack as well as what we were doing. 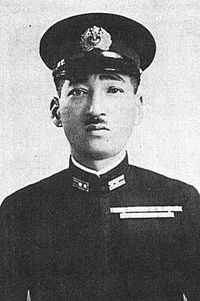 One of the remarkable stories from that war involve Mitsuo Fuchida. Fuchida was the Captain in the Imperial Japanese Navy Air Service and a bomber pilot in 1941. No one was a bigger military believer in war then Fuchida. Fuchida was such a good pilot that he was an instuctor and later accepted into the Naval War College. So, it was Fuchida who was selected to lead the first air wave attacks on Pearl Harbor. It was he who was responsible for the coordination of the entire attack under Admiral Chjuichi Nagumo.

On December 7th Nagumo led six aircraft carriers carrying over four hundred planes towards Hawaii. When they were within range, some two hundred and thirty miles from Oahu, the first wave of some one hundred and eight one dive bombers, torpedo bombers and fighter planes took off. It was Fuchida who ordered "tenkai" – take attack positions at 7:40 am Hawaii time. He slid back the canopy of his plane and fired a green flare which was the attack signal. Ten minutes later he sent as coded signal "To, To, To" – charge. Four minutes later it was Fuchida who sent the code words back to the flag ship the famous "Tora! Tora! Tora!" – torpedo attack – which meant they had complete surprise on their side.

Even when the first wave began returning to the carrier Fuchida remained to assess damage and observe the second wave attack. When he returned to the carrier he was able to report the USS Arizona, Oklahoma, California and Nevada had been sunk. That was the U.S.battle ship fleet in the Pacific.

For his role, Fuchida became a national hero and had an audience with the Emperor Hirochito. He continued to fly missions after Hawaii during the war which followed. He was wounded at the Battle of Midway. He spent the rest of the war as a staff officer. Later, when the atomic bomb was dropped at Hiroshima he was there attending a military conference, but escaped injury or radiation effects.

The two bombings with atomic bombs ended the war and left Fuchida a very disappointed and bitter ex military officer. When the war was over and prisoners began to return to Japan Fuchida was told about a young woman whose parents had been killed by Japanese soldiers, but who had decided to minister to Japanese prisoners of war in the Philippines. The returning prisoners described how she had treated them with forgiveness, respect and kindness. This was very perplexing to Fuchida who believed a family killing must be revenged to restore honor. He began to become very curious to try to understand such a perplexing idea of doing the opposite. Then he was given a Christian pamphlet which gave him some insight and made him want to study the book it talked about – the Bible. But, in post war Japan Bibles were not easily available.

It wasn’t until 1949 that he obtained a Bible and read it. When he read Jesus words "Father, forgive them, for they do not know what they do" for the first time, Fuchida began to understand why the young woman had cared for Japanese prisoners. After learning more he eventually became a Christian and then a lay minister. He began to preach about the conversion of his thinking and eventually toured the United States giving talks for a Christian group. For the rest of his life he was a dedicated Christian. He died in Japan in 1976.

The significance of this story for me isn’t that it involves a religious conversion. Rather, I’m always captivated by stories like this where a person makes a total change for the better in their life because of something another person has said or done. The kindness of the young woman towards people Fuchida didn’t even know had a ripple effect beyond anything she could have anticipated. We will never know the full impact of our acts of kindness or words of encouragement or good works even those that do not appear to be significant to us.. Our good examples carry the potential for great good as our bad examples carry the opposite potential.