My weekend readings brought up a couple of things worth mentioning. I liked the idea used by Ms. Norris Church Mailer in an article about her in the New York Times Magazine. She was the sixth and last wife of Normal Mailer who led a very bohemian life style which explains why he was married six times. She suffered through all of his many activities that were not supportive of their marriage. When asked about her reaction to Norman’s conduct after their marriage she said: "Well, I bought a ticket to the circus. I don’t know why I was surprised to see elephants." She has now written a memoir she calls A Ticket to the Circus. I liked that quote. You shouldn't be surprised when what is likely to happen, happens and you knew about it coming into the situation.

The other matter that I thought worth mentioning here was an article about the amounts of money now being spent to elect judges to office and the impact on the judiciary. The U.S. Supreme Court case of Caperton v A.T. Massey Coal Company involved a $50 million dollar jury verdict in favor of Caperton who alleged the coal company’s predatory practices drove him out of business. However, the West Virginia Court Supreme Court, in a split vote, reversed the jury’s verdict and found for the coal company. 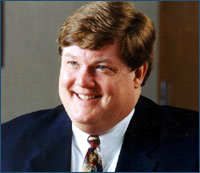 member of the court. But, it turned out that the CEO of Massey Coal Company had donated some $3 million dollars Justice Benjamin’s campaign to help him win the election. When challenged by Caperton’s lawyers to step aside in the case because of the millions paid to his campaign, he refused. The race for the position on the West Virginia Supreme Court had involved mud slinging and lots of money. Over $5 million was spent by the candidates and their supporters in this small state. Justice Benjamin had been a corporate attorney and was the favorite of big business and the coal industry. Benjamin kept insisting no amount of money would influence his vote saying:

"With respect to people that are supporting me, my position has been the same, which is: if the law's in your favor, then I may find for you. If it's against you, then understand that I may find against you, that's the way it is. … That's what I stand for."

His refusal to step aside was appealed to the U.S. Supreme court and in a five to four decision they reversed West Virginia's decision, concluding that Benjamin’s participation in the case violated Caperton’s right to due process.

Washington state, like thirty nine other states, including West Virgina,  elect their judges. Across the country, judicial elections have been high stake races, drawing big money and negative attack advertisements. Judicial campaigns are increasing about money, mudslinging and the resulting erosion of public trust. Attempts to curb special interest money have not been successful. Judicial candidates across the country have raised a whopping $206.4 million in the past ten years. Outside interests have contributed an additional $39.3 million in TV ads.

Why the recent dramatic increase of special interest money involving the election of judges? Well, think about it. If big business and corporate interests want to influence the legislature they have to have a small army of lobbyist and pay huge amounts to many different legislative campaigns. But, the judiciary is one of the three branches of government with the power to declare laws passed by the legislature unconstitutional and reverse the decisions of judges and juries. There are only nine judges on the Washington state Supreme court and only three divisions in appellate court. It’s a lot easier and less expensive to concentrate on the election of a few judges in a state then trying to influence an entire legislature.

As an illustration of the recognition of the power of the judiciary, look at our U.S. Supreme Court. George Bush was able to make appointments to that court of judges who have demonstrated they have a very conservative agenda. Their conservative decisions have had a significant effect upon this country. In the Massey Coal Company case, the majority opinion was written by Justice Kennedy joined in by Stevens, Slouter, Ginsburg and Breyer. But, it was close.  Four of the nine justices, including Chief Justice John Roberts strongly disagreed there was anything wrong with Benjamin voting in the case. They dismissed out of hand the brief arguing Benjamin should not have been allowed to vote in the case which had been filed by the Conference on behalf of chief justices of fifty states and six territories. These four were comfortable with a judge receiving several million dollars to get elected and yet sit on a huge case involving a company that contributed the money! It's like saying the fact that the referee in a fight was paid millions is OK.

We also have the shocking case of Citizens United v. Federal Election Commission, where the U.S. Supreme court in a 5-to-4 decision said the First Amendment prohibited restrictions on corporate political contributions. This mean that corporate money can now flood the political scene and influence the legal system of our country. President Obama called it:

"A major victory for big oil, Wall Street banks, health insurance companies and the other powerful interests that marshal their power every day in Washington to drown out the voices of every day Americans."

These are examples of the corruption of democracy that occurs when big money is not regulated and controlled in a capitalistic country like the United States. The judiciary is supposed to be the final balancing arm of government to control excesses of the executive and legislative branches. What happens when the judicial branch of government is influenced by special interest money? What happens when we have judges who have obtained their job by appointment because of their personal or political agenda? The answer is we have injustice and a broken judicial system. This problem has become an increasing  reality in this country.