The New York Times has an article http://www.nytimes.com/2006/03/24/national/24frozen.html about what melting glaciers are revealing around the world. One of these involves a World War II previously unsolved mystery. 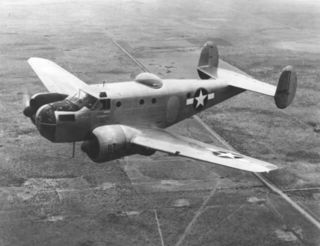 One Wednesday morning on November 18, 1942 a trained military pilot and three aviation cadets took off from Mather Field, near Sacramento in an AT-7 Navigator on a four hour training flight. 2nd Lt. William Gamber (Ohio) was flying the plane with passengers John M. Mortenson (Moscow, Idaho) Ernest Munn (Ohio) and Leo M. Mustonen (Minnesota) The aircraft had five hours of fuel. The plane and it's occupants disappeared and were not seen again. Then in 1947 wreckage found in a remote area of Sequoria National Park was identified as that of the aircraft. However, no bodies and nothing else was found. The case was closed and forgotten.

In October of 2005 hikers discovered a glacier entombed body in a World War II flight suit. Hikers saw an 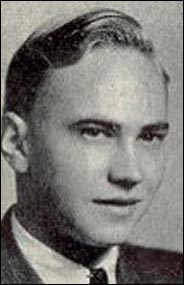 arm jutting out of the melted ice. DNA indicated it was passenger Leo Mustonen age 22. In 2007, about 100 feet away from Mustonen's body location, the remains of another body was found in the melting ice.

He had blond wavy hair. A sweater still clung to the body and an unopened parachute was close to the body. DNA indicated this was the remains of passenger Ernest Munn. It was speculated that they made it out of the plane but the parachute didn't open for lack of altitude.

In Mustonen's case a few personal effects were with the body. A broken comb, a pen, six pennies, one nickel, four dimes and three address books that were illegible. His body was chipped out of the ice and a full military funeral held in his hometown. Mustonen had been an ace student who excelled in science, played in the school band and was a high school athlete. From the time he was a child he had wanted to fly. He was buried next to his mother Anna who had grieved for her son her whole life. His niece said: "He is no longer out there on a mountain alone."