In an article entitled "Why Consumers Aren't Good at Telling You What They Want" http://www.instituteofdecisionmaking.com/?p=619 The writer, Matthew Wilcox, says that when Steve jobs was asked if Apple had used consumer research to help design and launch the I-Pad,  he replied "no." And when asked why not, he said,"it's not the consumers Job to know what they want." 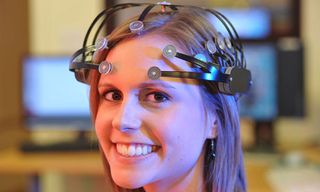 conclusions. This was relied upon in developing advertising and marketing tactics. These results proved to be subject to mistakes because the reactions and conclusions were most often made at a subconscious level and  the conscious mind had no clue as to how it happened.

With neuroscience researchers are now able to see the areas of the brain that are activated and are not required to rely on the subjects verbal explanation. It is true, however, that the analysis of the brain information is subject to interpretation. On the other hand the information is far more accurate than listening  to the conscious mind trying to explain mental function at a subconscious level it could not access.

This new research has shown that the majority of decisions made to purchase are made at a subconscious level. A professor at the Harvard Business School and the author of the book: How Consumers Think, has concluded that 95% of decision-making of all kinds is unconscious. Gary Klein, who has researched this area and published it in scientific journals, estimates that 90% of critical decisions are based on intuition and that intuition is the secret author of many of the choices and decisions we  make. These researchers and others point out that we hate to see ourselves as anything but rational, objective and conscious decision makers. As a result, the researchers also conclude that our rational mind always invents a reason why the decision was made without  realizing it was made subconsciously.

Some kinds of advertising has been shown to be better than other kinds. By studying the brains of people researchers measured the attention, emotional engagement, and memory retention of the subjects who watched television, read newspapers and viewed the internet. The found that online viewing makes people feel more connected than passive viewing of television or newspapers.The found that social media sites were the most effective because it seemed more relevant and personal, As a  result  that information was the more likely to be remembered.  They found social media had a particularly high emotional engagement with the viewer. They concluded advertising at social media sites was superior to passive advertising.

The ability of researchers to actually see the areas of our brain which are activated by information presented to us has made the findings far more accurate than past research. It has clearly shown how impression and emotion impact our conclusions or decisions. In fact, we have learned that emotion is an essential part of all decision making for normal people. We use short cuts in our decisions. We rely  on our established value systems and our life experiences to create an "automatic"  evaluation process at a subconscious level that operates virtually instanty. We really don't review information and objectively make very rational decisions as  we thought. That does  not make us less than human beings or mean we lack free will, but it does mean that we aren't what most of us thought we were as rational thinkers.