I just don't understand the logic of the Republican party, assuming you can still consider it a unified  party, regarding their tactics over the need  to pass a budget. They say it is all about the abomination of the Affordable Health Care Act or Obama-care and the overriding need to stop it. It's my understanding that they believe this threat is so great they must not allow the law to be observed even though it has passed Congress, was signed by the president, challenged in the U.S. Supreme Court and found constitutional. It's  my understanding  that although it is unquestionably the law of the land after being challenged in every manner allowed by our constitution and civil judicial system the Republican members of  Congress won't follow the law because they don't like it. Not, only that, they have decided 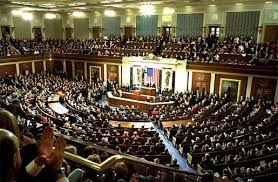 to shut the government down until they get their way.

Well, I've got a lot of problems with this. First of all, for over fifty years I've listened to judges telling  jurors it is their duty to follow the law, as citizens, whether they like it  or not. I've heard judges during sentencing for crimes tell defendants that they must follow the law and when they don't they are subject to being  punished. Our entire system is based upon the rule of law and everyone, whether they like the law or not, must obey laws or be subject to punishment. The  Republicans used every legal means available to defeat this law and failed at every turn, so, why is it that the lawmakers think they can now become law breakers? Aren't they the very people Americans believe must obey the law and especially laws that were  passed?

Second, they have chosen a tactic to try to avoid obeying the law of land in a way that is  not part of  our  judicial system for  challenging laws. They faught the law all the way through both the House  and Senate. They already challenged  the  law through the court system all the way to the United States Supreme court and  lost. Those challenges are over  and it is the law. Refusing to pass a budget needed  to keep our government functioning is not a legally sanctioned way to challenge a law. It is outside of any judicial system for challenging  a law. It correctly can be called plain old blackmail.

Third, and most important, their fury is directed at the law itself and President Obama, so  why have they picked a  tactic that punishes the American people  to get their way?  What could be more  selfish than a group of elected officials losing every legal challenge and then resorting to an unauthorized tactic which harms the American people who do not  have any choice in the  matter? What kind of twisted logic is it for the Republicans and Speaker Boehner to wring their hands over the refusal of the president  to yield to this tactic when they are the ones who created the problem in the first place and it is the American people who suffer? What's particularly galling is that it doesn't impact these Republicans pay, their lives or their families, yet  they  don't hesitate letting it punish American families until they get their way.

Let's face it, the Republicans picked the tactic  after exhausting all  legal remedies. They knew their choice of tactic would punish American families and they did it anyway. When it didn't work, did they take responsibility? Goodness no. They blamed the person their ill chosen tactic was directed at for the damage  it caused. They have blamed everyone and everything except themselves even though they caused the crisis in the first place. Whatever happened to personal responsiblity and accountability the Republicans are always talking about?

I don't think any rational person can find  the logic in this. The apparently insist that the law is so terribly harmful they are justified in using unsanctioned means, even though it is the law and even though the victims are the American people. In other words, they claim the ends justify the means. That isn't logical  and it is a violation of their oath as lawmakers as well as totally unfair to American families. Worst of all, they want to blame everyone else other then themselves for what they did and the terrible fall out from it.

It  makes no sense to me and the fault lies directly at the feet of Republicans who caused it. Clearly the American people agree and the Republican politicians finally are waking up to the storm they have caused with  voting Americans. There will be a price to pay this and it will be wholly deserved.