i'm writing this on Super Bowl Sunday so here are some facts you could easily live without ever knowing about them, but I'll share them anyway. 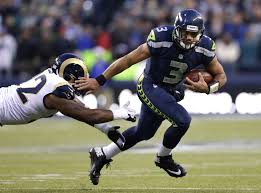 Internal Revenue Code provided a tax exemption. It applied to "business leagues, chambers of commerce, real estate boards, and professional football leagues." According to the Arizona Republic newspaper Pro football is the most popular sport in America. The league takes in $9 billion or more a year. The NFL commissioner, Roger Goodell, is paid roughly $30 million a year. All of this to a tax free organization.  Oklahoma Sen. Tom Coburn has introduced legislation which would remove the tax exempt status of pro leagues like the NFL, the National Hockey League and the professional golfers Association. The joint Congressional committee on taxation estimates that eliminating the nonprofit status for these professional leagues would increase federal revenue by over $100 million.

The quarterback for Denver,Peyton Manning is paid the third-highest salary cap of $17.5 million among the  2013 starters.  Russell Wilson, the Seahawks  quarterback, is playing under his rookie contract with a cap of $681,000 as the second lowest among full-time starters.

Advertisers during the television broadcast will pay about $4 million for a 30 second  Super Bowl  ad. One way to evaluate this cost is to consider the fact that an ad which grosses $400 million  has a playing audience of approximately 45,000,000 viewers. The most watched show on television has a weekly audience of 21 million viewers. The most popular music album in 2013 sold 2.4 million copies last year. However  this year's Super Bowl is projected to have  120 million viewers watching all at once. That makes the ads relatively inexpensive when compared to viewing audiences.

Tickets for the Super Bowl are another matter. Ticket prices have been in a free fall and could end up being the least expensive for a Super Bowl . The cheapest prices over the week have  gone down 50% to a low of $1150. This is partly due to the cold weather which was a concern  and the fact that there are two Western teams playing  on the east coast. More than 18,000 tickets remain available  on the secondary market  as of a few days ago.

That exhausts everything I know about the subject. Now I intend to watch the game.