The other morning I went to Mass at St Nicholas Catholic Church here in Gig Harbor. I was impressed with finding over fifty people in attendance. That’s unusual given the fact it wasn’t Sunday and there was no real obligation to be there. They must believe in a higher power we call God,but why do they believe there is a God? Maybe it’s because they see our  world tottering on the brink of the apocalypse. But, it’s not fear or duty they exhibit in their worship. They exhibit love and  respect and devotion to God. So, I wondered, what argument could I and these other 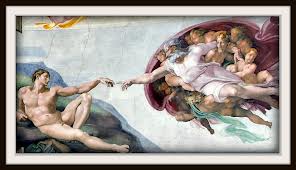 good people make to a non believer that there is a God?

We know the great Thomas Aquinas is famous for his five arguments for proof of God which he laid out in the Summa Theologica in the 1200’s. I can’t do justice to all of his reasoning but very briefly summarized they were:

1.   Argument from motion We see everywhere motion. Nothing can move itself. Therefore, each  thing in motion was set in motion by something else. The sequence of  motion cannot extend ad infinitum so there is an original mover. The first mover we call God.

2.    Argument from Efficient Causes We see a series of efficient  causes of things in the world. One  thing causes another. Nothing exists before itself. There cannot be an infinite series of causes. Therefore there is a first efficient cause to  which everyone gives the name  God.

3.   Argument from Possibility & Necessity There are contingent things that exist and then don’t exist in the world. For each, there had to be a time when it  didn’t exist. Something brought them into existence which did not receive it’s existence from another, but rather is the cause of them. This all men speak  of as  God.

4.  Argument from Gradation of Being  There is a gradation found in all things. Some  are better or worse than others. Predictions of degree require an  “uttermost” case. The maximum in any genus  is the cause of the same. Therefore there must be something which is to  all beings the cause of their being, their goodness and every other perfection and this we call God.

5.    Argument from Design We see all natural bodies directed at purpose and do so not by chance. As the  arrow reaches  it’s target it does so because of the archer. Therefore some intelligent being exists by whom all natural things are directed and we call this person God.

I  rather like William Barclay, the great Scottish Protestant theolgian’s discussion,  where he quotes Paley. He said: Suppose a man is walking along a  road. His foot strikes a watch lying in the dirt. He has never seen a watch before and doesn’t know what it is. He picks it up  and sees it has a metal case with a  complicated arrangement of levers, wheels, springs and jewels. He sees the  whole thing is moving and is working in an fixed pattern of motion. He sees the hands are moving and working in some orderly way. What does he say to himself? All these metals, wheels and jewels must have come from around the earth and by chance arranged themselves in this fashion? This perfect and complicated system of order somehow got themselves together and by luck came together this way? Paley’s answer was: “No. I have found a watch. Somewhere there must be a watchmaker.”

“Order presupposes mind. We  look at the world; we see a vast machine which is working in order. suns rise and set  in unvarying succession. Ties ebb and flow to a timetable. Seasons follow one another in an order. We look at the world and we must  say: ‘Somewhere there must be a world maker.’ The fact of the world drives us to God. As Sir James Jeans  has once said: ‘No astronomer can be an atheist.’ The order of the world demands the mind of God behind it.”

I realize one cannot prove scientifically the existence of God nor much of what is represented by the world’s largest religion, Christianity. Hebrews 11 says it well: “Now faith is confidence in what we hopefor and  assurance about  what we do not see.” But, my bias is that the evidence of God is what should prompt us to honor the Supreme Being with community worship. And I should add, I also believe in evolution with God as the source. So, as Scripture says: “This is a day the Lord has made. Let us  rejoice in it.”

0 thoughts on “DOES GOD EXIST?”