I have written in the past about people who have played a significant role in my life and to whom I am indebted. https://paulluverajournalonline.com/weblog/2010/01/william-h-taylor-anacortes-coach-and-mentor.html.html  There have also been significant events that played a major role in my development as a trial lawyer. 2015 seems like an appropriate time to reflect upon my good fortune in this regard. I have had a lot of fortunate events in my life but some are particularly noteworthy. 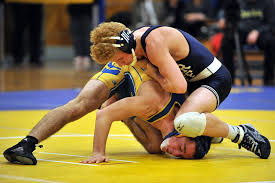 Through a series of lucky circumstances I somehow ended up at Gonzaga law school  in Spokane. After going to law school at night  and working for a lawyer during the day, I graduated in 1959. My friend David welts, now deceased, and I were sworn in  the same day at the courthouse in Mount Vernon. We were presented to the court by Alford McBee and David's father Robin welts. I couldn't get a job but fortunately Walter Deierlein,the Skagit County prosecuting attorney, hired me as a part-time Deputy at $250 a month. The other deputy was Harry Follman. In the small office building were attorneys Ruben Youngquist, George McIntosh, Jim Hammack and Clyde Fowler who all became my mentors. After working  about three years in that capacity Harwood Bannister and Stanley Bruhn proposed forming a partnership  and Bannister Bruhn and Luvera came into being in Mount Vernon.

The first significant event occurred a few years after the partnership had been formed. Stephen Carabba was a Anacortes senior high school wrestler  involved in a wrestling tournament at Anacortes high school. The referee for this meet was Robert Ehrhardt who was a Washington state patrolman in addition to being a high school wrestling referee. Near the end of the third round of the match  between Carabba and an Oak Harbor wrestler, his opponent was trying to pin him using a series of alternating half Nelson holds. In the process a full Nelson  was applied breaking Caraba's neck and paralyzing him as a result.

The Seattle law firm of Hugh Miracle and Howard Pruzan was hired by  Carabba's parents after they had consulted a relative of theirs who was a nationally known plaintiff's attorney in Los Angeles, David Harney.They filed suit in Mount Vernon alleging that the referee had been negligent in looking away from the match while adjusting the mat. The case was defended Robin Welts from Mount Vernon and Tom Lee from Seattle with other Seattle defense lawyers participating as well. The plaintiff's lawyers needed local counsel to sit at counsel table for a local connection. John Carabba, the injured wrestlers father, was a good friend of my father who had a grocery store in Anacortes. Based on John's recommendation the plaintiff's firm asked me to be local counsel. I agreed even though I had graduated from Anacortes high school and the lawsuit was seen as threat to all sports activities at Anacortes. I decided that it was a great learning opportunity and this was a case of merit for plaintiff.

The trial took weeks and was the longest trial in Skagit County's history to that point. It involved 38 witnesses called to testify over twenty days of trial. The visiting trial judge was Stanley Soderland from Seattle who had been a premier plaintiffs lawyer  before becoming a judge. During the trial I sat at counsel table  with  the two plaintiffs lawyers. I had a minimal role to play and was able to concentrate on the  trial as a learning experience. I kept a daily journal of things I had observed  and heard in the trial. I even photographed what the lawyers had written on the large paper in the courtroom during witness examinations that I thought was a lesson to learn. Hugh Miracle liked to go on a walk every noon hour and I would go with him talking to him about his insight on what was going on. Steve was always ready to explain things to me as well. Even defense counsel would share  thoughts about  trial tactics with me after hours. Most important the trial judge was willing  to let me visit with him in his chambers after hours for his insight about the trial and trial tactics. I was given a perfect seat to observe and participate with great trial lawyers demonstrating their enormous skills both as plaintiffs and defendants in a major contested jury trial. It was one of the greatest learning experiences of my life in learning how to be a plaintiff's trial lawyer.

The verdict, however, was for the school district. Plaintiffs appealed, Carabba vs Anacortes  School District 72 Wn 2nd 839 435 P 2nd 936 (1967)  The state Supreme Court reversed and ordered a new trial based upon misconduct of defense counsel particularly during final summation. The case was later settled. Steve Carabba and his father have since died.

The second event that played an important role in my development as a trial lawyer was this organization. The inner circle of advocates is an invitation only organization of plaintiff's trial lawyers limited to one hundred of best plaintiff's lawyers in the United States. Membership requirements included jury trial experience with verdicts exceeding one million dollars to be elgible. Founded in 1972 the governing board would review the various states for qualified members. With the entry requirements not many plaintiff lawyers qualified.

Bill Wimberley was an outstanding plaintiff's lawyer in Spokane, Washington and a friend of mine. He and a Great Falls, Montana lawyer, John Hoyt represented a client together. The result was a verdict in the late 1970's for more than one million dollars. As a result of their success and trial experience both were invited to become members.

I had never heard of the organization when I got a call one day from Bill. I had obtained a million dollar plus jury verdict in Washington and Bill felt I qualified. He asked if I would like him to propose me for membership. I asked him what the organization was and how much it would cost and said go ahead and propose me. In 1978 I was invited to become a member and attend the annual meeting to be inducted. However, I didn't bother to go to the meeting that year or the next year. I thought it was just another legal organization and didn't realize who these lawyers were from around the United States. The  third year I got a letter pointing out the policy that unless members attended at least one meeting every three years they would be expelled from membership. I either would attend this year or they would expell me from membership.  I didn't want to be expelled from a group I had never met so Lita and I flew to the Greensbrier Resort in North Carolina for the annual meeting.

There I was thrilled to meet and talk with great trial lawyers like Bill Colson from Florida ,Phil Corboy from Chicago, Jim Beasley and Gerry Litvin from Philadelphia,James Boccardo from California, Jacob Fuchsberg and Charles Kramer from New York and Bruce Walkkup from California.  And these were  just a few of the outstanding  plaintiff's lawyers around the country. At meetings over the next three days they talked about their verdicts and their ideas about trying jury cases. It was a revelation to me. I was greatly impressed and learned much.

The great gift of this organization was the inspiration generated by results these lawyers were obtaining as well as the realization that the great majority of them were ordinary looking and sounding people. They were not  the movie star image  of a trial lawyer, but they all had in common one thing and that was great sincerity coupled with being competitive but authentic people. There was a realization that if they could accomplish these results, so could I. In addition, there was the benefit of free sharing of ideas. There was much to learn. This occurred both at the annual meetings and by a frequent exchange of letters among members during the year as this was before the internet and Email.

Early on I was motivated and inspired by my relationship with these great lawyers and their teaching. Needless to say, I didn't miss meetings after that first one and had the privilege of becoming the president of the organization and then serving on the board of directors until my retirement in May of 2014. I owe a debt to this organization.

The third event of significance in my professional life was this organization. In 1994 Gerry Spence founded a college for training lawyers how to be plaintiff trial lawyers. He located it at his Thounderhead Ranch in Dubois, Wyoming. He moved a huge barn from a neighboring farm and remodeled the lower half for living quarters with the upper half an open class room with folding chairs. He selected outstanding plaintiff lawyers from around the country to come and teach with him for a few days over a month long course. He advertised the college as limited to plaintiff lawyers and had some forty or more sign up as students.

I had known Gerry and we had had long conversations about trial work. I was pleased he asked me to be one of the instructors the first year the college operated in 1994 and I accepted. However, a jury trial in Portland extended longer than the my scheduled arrival and I had to pass up going. The second year, however, I did attend and continued to attend as an instructor every year thereafter until my retirement in May of 2014.

The experience at the college confirmed my belief that telling the truth was the most powerful force in a jury trial. It confirmed for me that being honest about oneself and one's case was essential to great results. Being real, authentic and sincere was a requirement for a great plaintiff trial lawyer. That was the teaching of the program which was different than anything taught in law schools. The empahsis was not on techneque, but rather on the person. Watching Gerry's demonstrations and listening to his lectures was always an education. One of the best communication teachers in the country is Josh Karton and having the privilege of participating with him at the college was another gift. Psychodrama techniques opened up a whole new way of approaching trial issues. Teaching the students as they participated in different trial skills taught me more than it taught them. Each year was a new experience and one that influenced my professional work.

Gerry and the college had a profound impact on my development as a trial lawyer. It was a gift. I also treasure our time together on our photography travel adventures which was a further education. The college was a special event in my life.

These are the events which played a significant role in my professional life. There are no self made people. We are all indebted in some way to someone or something else. I am grateful for these life events in my life.