As the political candidates for president continue their propaganda trying  to identify with the ideas of voters we hear more conservative agenda's. They try to win over the voting conservatives  by supporting their viewpoints.

Around  the world, extremists continue to kill innocent children, women and people all in order to please God. Wars, motivated by religious beliefs, are raging in many parts of the world as 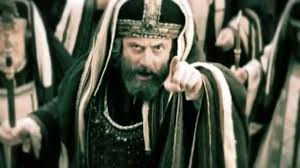 well. Crimes against humanity are so common place we read them with the same reaction we have to the reports of traffic accidents or other normal events of the news. Much, if not all, of the violence flows from the objective of creating religious governments over groups of people who must follow the rules of their religion or suffer punishment and death. We have never had so much violence over so much of the world in an attempt to please their idea of  what God wants as  we have in this  decade.

Here, in the United States, we have groups of religious believers who have the same objectives as the terrorist groups. They too, want their religious ideas adopted as laws and to create governments that will impose their views  on everyone else. However, they don’t use violence to achieve their goals. Instead, they want the courts and legislators to make activities they believe are sinful, crimes. These are the people who believe laws should be enacted which enforce their religious beliefs on all Americans whether they agree or not.

What are the primary issues for these conservative Americans? The following are the issues most often argued should be governed by laws which would be imposed on everyone irrespective of their religious or other beliefs:

Why do they want the police and courts and legislators to be empowered to prohibit and arrest those involved in these activities? Because they believe they are sinful acts and therefore should be illegal. The U.S. Supreme court, federal courts  and state courts have all been involved in dealing  with these issues which are not labeled religious, but rather illegal  or prohibited crimes. Yet, they are issues only because groups of people believe they involve the laws of God. They  believe they are "doing the work of the Lord" and they may well be right in their viewpoints about these issues, but this country is a democracy with constitutional freedoms including freedom of conscience.

So, what does Scripture say about this approach of imposing one’s personal religious views on everyone else? Well, we should start with Mathew 7:

“Do not judge or you too will be judged….Why do you look at the speck of sawdust in your brother’s eye and pay no attention to the plank in your own eye.”

We start with the question: Why do they believe they are entitled to judge others? Who empowered them with the right to make moral decisions for everyone else? Even if we agree that one or all of these issues are morally wrong, that doesn’t give some of us the right to impose  our religious ideas on everyone  else.

But, Scripture also condemns “legalistic righteousness,” the idea that we fulfill our obligations to God by how strictly we comply with ritual, rules and religious laws, but without love for God and fellow man. Isaiah 29 says: “Then the Lord said, ‘Because this people draw near with their words and honor me with their lip service, but they remove their hearts far from me, and their reverence for me consists of tradition learned by rote.”

The New Testament is full of quotes from Jesus and Paul about the hypocrisy of strictly following laws and tradition, while ignoring the obligation of love of God and neighbor. Luke’s passage about Jesus’s story regarding the Good Samaritan is an example. People who think they honor God by imposing laws of religious beliefs on everyone else are judgmental hypocrites because they are judging others  and believe they are righteous in doing so. They think they are saving the traditions of America and our founding fathers, but they overlook the complete change of demographics of the United States since the country was created. This country is an enormous “melting pot” of different cultures, religious beliefs and non-religious peoples.

As a  result of  America's changed  demographics  we can have a tyranny of the majority in this country. We can allow a dictatorship  in  which the rich and powerful, along with the religious zealots impose their standards, morals and religious beliefs  on everyone else through the legislatures, by packing the courts and by making activities a crime. We avoid that in America by protecting the rights of each person to their own individual beliefs so long as they do not impose unreasonable harm or interference with the freedom of others. We avoid  that by not allowing any group to impose their religious beliefs  and standards on everyone else through laws and government.

The British actress Beatrice Campbell once said: "It doesn't  make  any difference  what  you do in the bedroom as  long as you don't do it in the  street and frighten the horses." I have  great concerns about the consequences of a religious terrorist approach to electing candidates, appointing judges and creating laws that are  intended to impose the religious ideas of any group on  everyone else whether they agree or not. Government should be focused on the good of  the majority in doing what the individual citizens can't do as well for themselves. It should not be a hammer of religion.