Clerow “Flip” Wilson was a comedian and actor best known for his television appearances during the late 1960s and 1970s. From 1970 to 1974, Wilson hosted his own weekly variety series The Flip Wilson Show, and introduced viewers to his recurring character Geraldine. Wilson died in 1998 but his stories of Geraldine have a lesson about current political situations. of today. When I read about the hypocrisy and dishonest explanations for political actions and statements I am reminded of Geraldine’s excuse “The devil made me do it.”  Wilson’s routine involved the long-suffering Reverend Leroy, pastor of the Church of What’s Happening Now, and his irresponsible wife, Geraldine. As Flip enacted the scene,  the pastor finds out his wife Geraldine has purchased an expensive dress. Angrily he demands: 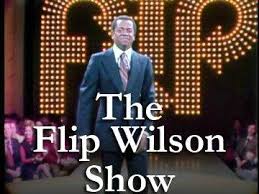 “What on earth ever possessed you to buy such a thing!” and she immediately protests: “The devil made me do it!”  “It’s not my fault!” she says and explains: “I was walking down the street, minding my own business, when all at once the devil said to me, ‘Oh, my! Will you look at that fancy dress in the window over there!’ Never you mind about that dress, devil,’ I said to him. ‘I ain’t got nuthin’ to do with a dress like that! ‘Well,’ said the devil, ‘it won’t hurt to just look at it, will it?  ‘No, I guess not,’ I said. So I went over to the dress shop and looked in the window. My, that dress sure was fine! ‘Why don’t you go inside and have a closer look,’ said the devil. ‘After all, you’re just lookin’. So I went inside the shop to have a closer look. That dress was even more fancy inside the store than it was outside. ‘Why don’t you try it on,’ the devil said. ‘Uh, uh, Mister devil,’ I said. ‘You know better than that! My husband would never let me buy a dress like that!’ ‘Can’t hurt to try it on,’ the devil said. ‘Reverend Leroy, he don’t even have to know! So I tried the dress on. Why, it was like I was poured into it, it fit so good! ‘Oh, you know that dress was made just for you,’ the devil said. ‘It wouldn’t be right to let some other women have it.’ So, before I knew what I was doing, I bought it! The devil make me do it.’ Reverend Leroy says “Why is it, that the devil is always making you do what you want to do. Why doesn’t he ever do anything for me?  Hah!” Geraldine says haughtily. “The devil, he say, if it weren’t for him, you wouldn’t have no job!”

In politics we have double talk like “alternative facts” instead “lies” or “ill advised” instead of “terrible idea.” We have many lame excuses offered instead of an honest admission of the truth. When the married governor of South Carolina disappeared for nearly a week in 2009, his public reason was he was “hiking the Appalachian trail.”  The truth was he had secretly flown to Buenos Aires to be with his paramour. There are too many examples to cite, but our ex-president has a record number of them. One example was his claim that climate change was nonexistent and also that it would just “start getting cooler, just you watch.” When told that the science does not agree with him, he said that the science is wrong. “ It’s common for politicians to duck responsibility and offer ridiculously untrue excuses for their words and actions.  It’s the same as what Geraldine would have said “the devil made me do it.”

What ever happened to truth, honesty and accepting responsibility by our leaders for their conduct and by people in today’s society?