Donald Trump has had frightening success in his continuing campaign to make hypocrisy accepted and normal. What is hypocrisy? It comes from the Greek “hypocrisies” which means “acting on a stage” or “to play a part.” A hypocrite is a person who says one thing and does or believes another. Hypocrisy is just plain lying and being dishonest. The evil of being a hypocrite is 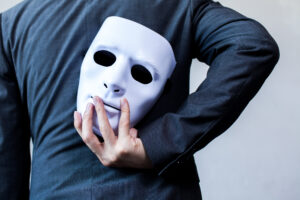 that it can make hypocrisy look normal and acceptable. By normalizing hypocrisy, it makes it seem like an acceptable tool of political survival in a world dominated by hoaxes, witch hunts, and conspiracies. Trump’s success in politics has been founded on suggesting democracy is harming America which then opens a wide field in which he is free to do as he wishes without objection or sanctions. He has made a political career of saying one thing and doing another with acceptance of this followers. Politically, he continually holds up others to ridicule and then has done the very same things.

Then during a deposition Wednesday with New York Attorney General in a civil suit  probe over his business practices Trump took the Fifth Amendment over 440 times in a four-hour interview, after saying “if you are innocent, why are you taking the 5rh Amendment?” After he answered the question of his name, he refused to answer questions claiming the 5th amendment. On the other hand, Trump’s two eldest children, Donald Trump Jr. and Ivanka Trump, recently testified in the civil probe. Neither of them invoked the Fifth Amendment’s protection.

His explanation for doing so lacked any logical reason. He excused his hypocrisy by saying: “I once asked, ‘If you’re innocent, why are you taking the Fifth Amendment?’ Now I know the answer to that question. When your family, your company, and all the people in your orbit have become the targets of an unfounded, politically motivated Witch Hunt supported by lawyers, prosecutors, and the Fake News Media, you have no choice,” he said in his statement. But he offered no explanation for why he had no choice other than for the fact that if you are innocent there is no reason not to truthfully answer. That leads to the obvious explanation for his claiming the protection of the 5th amendment:  ““If you’re innocent, why are you taking the Fifth Amendment?”

One political commentator has said: “the normalization of hypocrisy will sap people’s confidence or reinforce their unbelief in our democratic system.  But for this to happen, people must feel let down or put off by democracy; and that means they must have a gut sense that the gulf between the promises of democracy and its actual performance is so wide that democracy itself is a ruinous sham.” Donald Trump’s lies and hypocrisy, the most notorious of which the election was stolen” will do exactly that.

One thought on “WHEN HYPOCRISY IS ACCEPTED AS NORMAL, DEMOCRACY IS ENDED”