John Edwards has decided to endorse Obama. Edwards collected a large percentage of votes in West Virginia in the Clinton-Obama race when he wasn’t even in the running. John Edwards has been the candidate Lita and I have supported in two attempts at the White house. A long time friend of ours, John also is an extraordinary competent and bright person.  I can’t think of a better combination than Obama and Edwards for the White house this year. 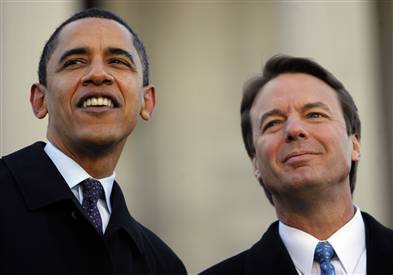