On this day,December 7, 1941 the Japanese bombed Pearl Harbor Hawaii and America entered World War II. I remember the day very well. It was a Sunday and I was in grade school. The war is so very real to me because it happened during my childhood and the memories are clear. So many young men and women too, lost their lives. It was such a huge matter that it enveloped the entire country, the people and the news. It was all that mattered. Star flags in the windows of homes where a son or daughter had died in the war, rationing of gas, food and everything else. Savings bond drives, scrap metal collections and victory gardens are all very clear memories for me. We owe a great debt to all who were involved in the war that protected our freedom. But too many other wars and world events have  happened since then that few of this generation have any idea about what this war meant or what it was about.

Here are photos from  http://www.sflistteamhouse.com/Misc/Pearl%20Harbor/original.htm that show scenes from Pearl Harbor on the morning of the bombing. 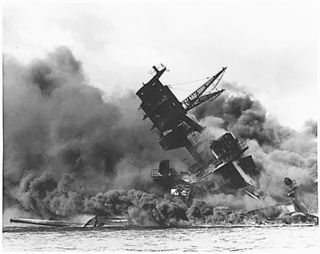 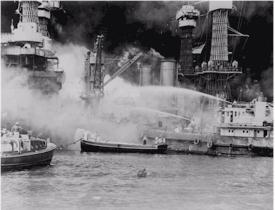 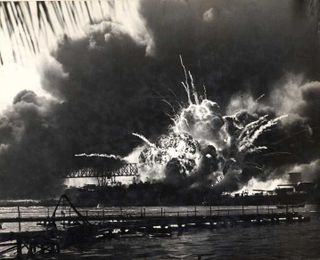