I was listening to a National Public Radio’s broadcast about President Obama’s new oval office rug http://www.npr.org/templates/story/story.php?storyId=129609461and was interested to learn about Theodore Parker who was a minister of the Unitarian church (1810-1860). It turns out that Martin Luther King frequently used things Parker had said or written and that one of the quotes in the rug was attributed to King, but had originally been said by Parker. Jamie Stehm wrote an article in the Washington Post Oval Office rug gets history wrong about this. http://www.washingtonpost.com/wp-dyn/content/article/2010/09/03/AR2010090305100.html So who was this man Parker?

He was a Caucasian reformer and an abolitionist who spoke and wrote against the evil of slavery. Born a Lexington, Massachusetts Yankee, Parker spoke Latin, Greek, Hebrew and German. He also had knowledge 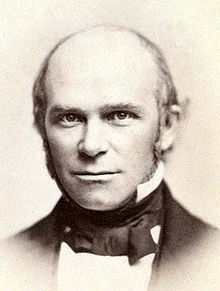 of many other languages. His grandfather commanded the Minuteman at the Battle of Lexington. He considered law as a career, but his strong faith led him to a religious career instead. Over time, he developed doubts about the Bible and orthodox theology. During his career he preached and wrote against slavery and advocated violating the Fugitive Slave Law of 1850. He harbored run away slaves in a network of safe houses. People who joined his congregation included prominent people of the time like the poet Louisa May Alcott. He contracted tuberculosis and left for Florence, Italy hoping for a cure, but died there in 1860.

"I do not pretend to understand the moral universe; the arc is a long one. My eye reaches but a little ways. I cannot calculate the curve and complete the figure by experience of sight. I can divine it by conscience. And from what I see, I am sure it bends towards justice."

Parker's sermons and writings were often quoted and used by others. I had never heard of Theodore Parker before, but having read some of the things he had to say I am very impressed with his wonderful ability with words. The great skill of oratory of that era is long gone and I doubt people would have the patience to listen anyway. So, here’s a tribute to Pastor Theodore Parker whose words are now woven into the rug in the Oval Office of the President of the United States even though they are attributed to someone else.