The Cliveden hotel (pronounced CLIV-d’n) is unique. It is one of the world’s finest luxury hotels located in 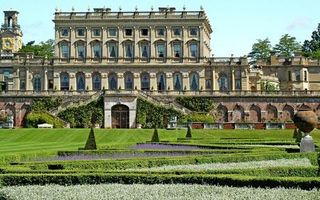 the heart of the Berkshire countryside outside of London, near Heathrow Airport, and surrounded by 376 acres of gardens and parklands. The River Thames runs through the property. The former home of Nancy  Astor, guests have included every British monarch since George the I as well as Charlie Chaplin, Winston Churchill and President Roosevelt.

This five star hotel is a Victorian three story mansion which dates from the mid seventeenth century. When you enter there is a great hall and enormous fire place with suits of armor along the walls and beautiful oil paintings. It is an extraordinary place which Lita and I have had the privilege to stay at on
several visits to the UK.

It is also the place where a huge scandal began. Not only did this scandal dominate the news for months and even years, a movie The Keeler Affair as well as a second movie Scandal were made about it as well as a musical play.

A short hand version of a complicated story involved Johnny Edgecombe who was a small time hustler living in London with his girl friend and part time prostitute, Christine Keeler. When she decided to dump him he got high on drugs, went to the artment where she was living and demanded to be let in. When refused he fired six or seven shots at the door with a gun which led to his arrest. The arrest and shooting caused Christine to ask advice from some powerful people who had been her clients. While doing so she disclosed her sexual activities with a prominent minister in the British Cabinet to his political adversaries. This led to rumors, investigations and even Keeler selling her story to a tabloid. There was an immediate media frenzy. After loud denials there was an admission of the truth and a resignation by the cabinet member. That in turn led to the resignation of the Prime Minister and collapse of the party in power.

The background to this scandal was that Keeler had moved out on Edgecombe and into a flat with Dr.

Stephen Ward, an Osteopath. It was this apartment Edgecombe had fired at when denied entry. Ward had several important patients which included Lord Astor, Nancy’s husband who had a bad back and frequently needed Ward’s treatment. So, he allowed Ward to have use of a cottage along the Thames close to the main house in order to give him treatments when frequently needed.

In 1961 Ward was having a pool party of his own at the cottage and had young women there including Keeler. It was a loud party with nude swimming. John Profumo was attending a party given by Lady Astor at the Cliveden house the same night as Ward’s party. Profumo was the Secretary of State for War in the Harold MacMillian conservative government and was married to an actress at the time.

Forty six year old Profumo heard the noise from the pool party and walked down to the cottage to investigate where he was introduced to nineteen year old Keeler. In a short time a sexual relationship developed between Profumo and Keeler that lasted some time. What Profumo didn’t know was that she was also having an affair with a Russian who was a naval attache at the London embassy at the same time. As a result, when the secret began to unravel the British Counter Intelligence Agency, M15 got involved due to the Russian connection and security concerns. 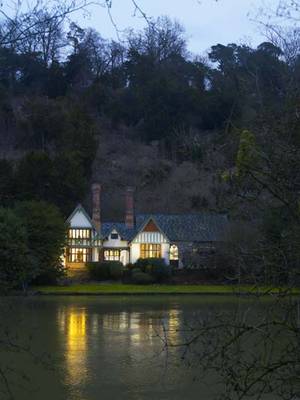 government and a prostitute. The House of Commons also began an investigation with Profumo denying everything and threatening to sue the tabloids who published the scandal. Finally, Profumo was forced to admit he had lied and it was all true. When the government official report about the matter was published Prime Minister MacMillian resigned on grounds of "ill health."

Ward was prosecuted for living on the earnings of prostitute. Convicted he committed suicide. By the way, Ward had been defended by James Burge QC who was the model for John Mortimer’s character Rumpole of the Bailey. Keeler was convicted of unrelated perjury charges and did nine months in prison. Profumo retired from public life and died in 2006.

My connection to all of this is that one Christmas, several years ago, Lita and I rented the cottage along the Thames where the swimming party had taken place and where Profumo first met Keeler. It is a charming little cottage and we had an excellent time. It was even more special because of all the history of the Clividen House and the cottage.

So, why do I tell you this now? Because Johnny Edgecombe just died and he is the lynch pin that played a big role in a scandal in 1963 that involved the Cliveden and brought down a government in power. Edgecombe was 77 years old when he died. He once told the media that:

"The British people wouldn’t hear of a situation where a government minister was sleeping with the same chick as a black boy. If it had been a white guy, it would have blown over."