It sounds like such a good deal – the proverbial free lunch regarding Initiative 1098.  My friend Bill Gates Sr looks so sincere in those ads and what he says is compelling. You vote for a state income tax on the rich and your property taxes go down and schools benefit plus the only ones that get taxed are the few wealthy. Everyone else gets off "scot free" so let's stick it to the wealthy – right? Well, you remember the classic  1939 movie The Wizard of Oz with Judy Garland and the scene with the great Wizard of OZ when it turns out there is an ordinary man hiding behind the curtain acting as if he were the great Wizard? He says to Dorothy, the cowardly lion, the scarecrow and the tin man: "Pay no attention to that man behind the curtain." The Bill Gates Sr TV ads should have that tag line: "Pay no attention to that tax behind the curtain." 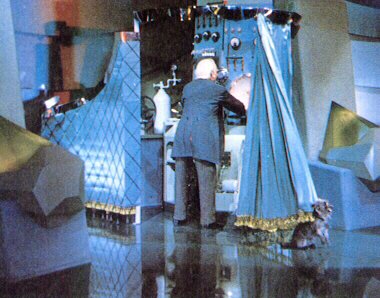 Why? Because what's not said is that if we vote to approve a state income tax in Washington state, even if it were a tax on only small percentage of Washington state taxpayers and not matter what the rate of tax is in the initiative, once we approve this tax the legislature can change the law as they see fit. They can change the amount of the state income tax and they can change who has to pay it no matter the initiative said when the people approved it. The provisions of an initiative can be changed by a two third's vote of the legislature for the first two years after it is adopted, but after two years it only takes a simple majority of the legislature to change it any way they want. Once the camel's nose is under the tent flap, it's all over. We will have a general state income tax. It is only a matter of time.

Would the politicians do that? You tell me: What has history taught us about politicians and taxes? When have they ever cut back on expenses rather then raise more tax money to pay for their excesses? Proponents say the legislature won't do that if voters adopt this income tax because the people would object. Total nonsense! No legislature has ever hesitated to find new tax money when they needed it because taxpayers might object. Certainly not Congress nor our state legislature.

This is the fact: if we approve any kind of state income tax of any kind like 1098 it is only a matter of time before everyone will be taxed. I'm going to survive if it is passed, but the people of this state are going to end up with a state income tax on everybody andthe same taxes we now have – sales tax, business tax, property tax, car tax etc etc. etc. The state is already over budget because the legislature fought with each other and couldn't agree on how to cut back on costs of government or revise our total state tax structure. They took the easy way out. So they taxed candy and pop plus some other off the wall taxes instead of doing their job. now they are being forced to make cuts only because they don't have the tax revenue they need.  If you think this same bunch won't take advantage of a state income tax to change it as soon as they can and tax everyone to pay for their failure to make responsible cuts in costs or make revisionsd in our total state tax structure, then I have a Tacoma Narrows Bridge I want to sell you and my friend Bill Gates Sr. But the difference is, unlike the rest of us, Bill could afford to pay full price for it.