Rob McKenna, the republican Attorney General of Washington state has been preparing to run for governor ever since his election to office. His latest media pitch for attention has been to advocate revision of the laws that allow citizens to sue government for their negligence when it causes death or injury. He claims that limiting litigation for government wrong doing would save money and cites examples which he says illustrate frivolous or excessive claims. What's amusing to me is the examples I've seen him cite are ones 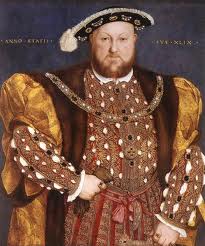 in which his office decided to settle for fear a jury would punish them with even a larger verdict. In other words, his office evaluated the claim and decided the amount was a reasonable settlement. So what he is really saying is whether merited or not lets eliminate or limit the ability for a citizen to have a remedy against government wrong doing.

For over forty years in this state, the law has treated state, county and city governments just same as everyone else which it comes to accountability for wrong doing which has caused injuries or damages to cit zens. McKenna, however, proposes legislation which would protect the state, counties and cities as well as public hospitals, public utility districts and any other political sub division of the state. He advocates a change in law that would remove or limit their responsibility for their negligence or wrong doing. His proposal is an appeal to the conservative Tea Party base in his effort to be elected governor.

The concept of sovereign immunity dates back to the time when royalty governed. The kings maintained that the king could do no wrong and therefore the king was immune for responsibility for his actions. This idea carried over from England into our early law which originally treated government as immune from suit. Over time it became clear this meant that citizens rights to redress for the harm done to them vanished. It was clear that when government did not have to worry about any duty of accountability or responsibility for their wrong doing, it encouraged reckless behavior and bred arrogance. It became a license to kill with impunity. Laws were adopted which gave citizens the right to sue government and held government accountable for their actions just like anyone else. That's been the history of our law in Washington state and it has promoted hundreds of changes for safety.

The kind of sovereign immunity McKenna promotes creates a two tiered society: those above the law and those below the law. Those who don't have concern themselves with being accountable and those who are left unprotected. A government that is legally allowed to recklessly endanger people's lives with little or no financial responsibility is one that is out of control and above the law. Government already feel superior to ordinary citizens and believe they are above the law. McKenna's media campaign is political drum pounding for a revision in law that would create a government without fear of reprisal. We need just the opposite in this state. Attorney General McKenna should concentrate on doing his job to protect the citizens of the state instead of running for office on such an ill conceived idea.