On September 10, 1931 the Anacortes newspaper (the Mercury I assume) ran an article:

“A drive to net $2,500 for the aid of the unemployed in Anacortes this winter will be launched Monday morning when committees headed by chairman Paul Luvera call on business houses and individuals in the city from whom donations are expected. A check for $100 from Father Gustave Treunet will start the campaign. Others will get in the act. Al Stellenthin will donate $5 and one day’s wages each month until January 1st. H.E. Mansfield will donate $25 and the Rotary Club will give $25. Many families this winter will be aided with salmon from the nets of Rudolph Franulovich, R.D. Suryan, Peter Oreb, John Tasovac, Steve Kokura, Anton Vorovina, Antone Barcott, Martin Suich and Joe Suryan, captains of Anacortes seiners , who have promised a day’s catch to the drive.”

I’ve written about the extraordinary Catholic priest, Fr. Treunet before. I am not surprised he was oneof the first to donate to the relief of the hungry. https://paulluverajournalonline.com/weblog/2010/08/st-marys-catholic-church-anacortes-washington—100-years-old.html. The fishermen are long time Anacortes purse seine fishermen who were generous with the unemployed during the depression. Some I knew like Rudolph Franulovich and I fished with “Little” Joe Suryan on his seiner Little Lady. 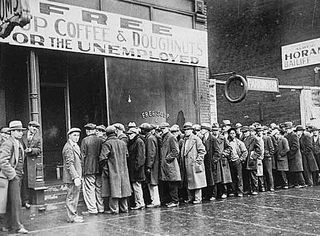 My dad was always involved in community activities. He and mother operated a small family grocery store in down town Anacortes. 1931 was a low in the great depression. It all began with the catastrophic collapse of the stock market in October of 1929. The decline ruined many thousands of investors. Many banks were forced into insolvency. By 1933 11,000 of the 25,000 banks in the U.S. had failed. Unemployment rose to 25-30%.

At the Anacortes Lumber and Box Company the daily wage was $1.75 an hour but it closed in 1931. By the end of 1930 mills were closing in Anacortes, wages were being cut, fisherman handed out free fish to hungry families and nearly every service club in the City had regular relief programs for the unemployed. The local newspaper headline of the time read “Outsiders warned, keep out of the city” because the town didn’t want any more mouths to feed. Bootlegging flourished in Anacortes, located as it was on the water for transportation from Canada. On the plus side, the citizens voted to spend $90,000 on a new high school in 1931 which opened with 271 students.

Millions or people were out of work across the U.S. Many of the unemployed rode the rails from place to place looking for work. If there was a job opening a thousand people would often apply for the same job. Some came to our grocery store asking for food which my parents always gave them. I remember the unemployed even knocking on the door of our house asking for food.

People lived in shanty towns known as “Hooverville’s” named for President Hoover who was in office when the depression began. Anacortes had its own kind of Hooverville with shacks made out of scrap lumber and anything else that could be used. The area was known as “Little Chicago” located along the water and many of the residents didn’t own the property on which they lived.

The most visible of these programs for us in the Skagit County area was the CCC & WPA. The CCC was involved in building many public parks in our area as well as structures and trails. Much of the work they did is still in existence today. We also saw the Works Progress Administration (WPA) in action around our local area. This program employed millions or unskilled workers carrying out public works projects including public buildings and roads. Almost every community in the U.S. had a park or bridge or school constructed by the WPA.

Now, eighty years after the Anacortes fund drive to help the unemployed we have thousands out of work, homes being foreclosed and widespread homelessness plus poverty and hunger. We are in a recession with economist’s predicting it will get much worse. We have Republicans and Tea Party members determined to make President Obama a one term president by politically obstructing any proposal to turn the economy around. We have Democrats who are unable or unwilling to work together to exercise their power to deal effectively with the economy. We have a president who appears to be incapable of using political sanction and political power to achieve his goals. Who, instead, seems to be obsessed with compromise. His “can’t we all just get along” approach was destined for failure from the start. You can’t negotiate with people who are unwilling to bargain in good faith. His misguided efforts have resulted in no progress & leaving things in a status quo.

If the president continues with his efforts to change the economy through speeches, if his political opponents continue to be willing to sink the ship of state just to get rid of him and if democratic leaders continue to drift in a political sea offering no focused help to the president, we will have a worsening economy with a flood of Republicans elected to office amd a Republican president. Economists say we are teetering on the brink of a serious downturn from an already serious economic situation. Let’s hope the administration and the party flex some cooperative political power so we don’t see 1931 repeated again.