The issue of president Obama and the health and human services ruling on mandatory coverage for contraceptives has been in the news. My own view is that his position was a poor political one as evidenced by his decision to back off and compromise. It was also a flawed one because any government action which is perceived by many people as an infringement on their religious
liberty is a constitutional mistake.That is aside from the fact that survey’s show ninety five percent of Catholic women use birth control. Let's face it, the Vatican and the American bishops are totally out of step with the prevailing conscience of these Catholics who have already voted with their feet on this issue.

However, this has also raised another issue dealing with the right of freedom of conscience. I have expressed my opinion about the right of freedom of consicence for all Catholics before: https://paulluverajournalonline.com/weblog/2007/05/pay_pray In this dispute, the American bishops have appealed to the right of conscience on religious matters in their protest about the issue. However as pointed out in the National Catholic Reporter of February 17 in an article by David DeCosse, w hile the bishops complain loudly and maintain they are defending the right of conscience, they use a different standard when it comes to the Catholic laity. 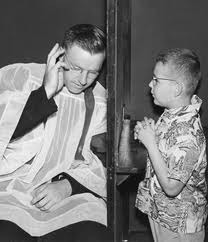 The bishops idea of conscience when applied to Catholics generally emphasizes obedience, law and the authority of church leaders. However, this concept is not consistent with long held Catholic tradition about conscience, practical reason and freedom. Worse,the bishops idea of conscience is in conflict with our democratic pluralistic society in the United States. They acknowledge freedom of conscience on the one hand and on the other leave no room for the freedom to allow one's practical reason to consider data and a wide range of values in determining what conscience should do. This is particularly true when that determination might differ from one put forward by the bishops.

Our Catholic tradition has for centuries emphasized the right of freedom of conscience. I've discussed this tradition before:  https://paulluverajournalonline.com/weblog/2006/12/page/2/ Commonweal Magazine in its January 27th issue in an article by a Catholic theologian pointed out:

"Conscience in the Catholic tradition is a fundamental and sacred expression of human dignity, and inner voice to consult and obey in the process of making moral judgments. ‘Conscience is the most secret core and sanctuary of a man,’ observed the second Vatican Council… Commenting on this passage shortly after its publication, Joseph Ratzinger, now the Pope, asserted that ‘over the Pope as expression of the binding claim of ecclesiastical authority there stands one's own conscience which must be obeyed before all else, if necessary even against the requirement of ecclesiastical authority.

On his part, man perceives and acknowledges the imperatives of the divine law through the mediation of conscience. In all his activity a man is bound to follow his conscience in order that he may come to God, the end and purpose of this life. It follows that he is not to be forced to act in a manner contrary to his conscience. Nor, on the other hand, is he to be restrained from acting in accordance with his conscience, especially in matters religious.”

Clearly human conscience, when well formed, must prevail. We k ow from history that sometimes bishops, theologians and even popes as well as those who teach on behalf of the Church get it wrong when dealing with moral issues. For example, What if, for example, someone had stood up in the face of repeated Catholic moral teachings on the sun revolving around the earth rather than the other way around or the right to own slaves and said, “In conscience, I cannot accept this”? Would they have that right or are they bound by the hierarchical pronouncements later retracted?

The Sacred Congregation for the Clergy answers that question:

“In the final analysis conscience is inviolable and no one is to be forced to act in a manner contrary to conscience, as the moral tradition of the Church attests. (Official Communication of the Sacred
Congregation of the Clergy, pril 26, 1971.)

Our Catholic tradition is not, as the American Bishops would have it, to "pray, pay and obey." It is one of strong adherence of freedom of conscience and liberty of religious right. We need to remind  the bishops of that fact as we approach a political election.

One thought on “CATHOLICS & THE RIGHT OF FREEDOM OF CONSCIENCE”