The struggle between the public's right to know and concealment of wrong claiming secrecy is not just an isolated problem, but rather one which is pervasive and growing. 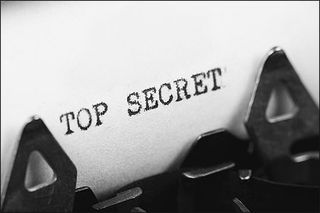 claimant would not be allowed to rebut the evidence or even know about it. The public and the claimant would never know why they won or lost the case.

This is not unlike the situation in the United States involving the Guantánamo prisoners. Certainly it would be more fair if when a judge rules that national security precludes disclosure neither side would be allowed to rely upon it. What is true is that this law and existing laws in the United States really serve to help the government avoid embarrassment and other potential consequences that would follow from the exposure of wrongdoing including torture.

In my profession, virtually every corporate defendant, hospital, physician, pharmaceutical company and insurance company demands confidentiality as part of any settlement. "Confidentiality" is just another name for "we demand everything about this case and settlement is to be kept secret forever." Our firm pioneered the refusal to agree to confidentiality in settlements. We incorporated that fact in our client fee agreements and discuss it with our clients before we accept the case. Substantial harm has been done to consumers and the public by settlement agreements which keep secret information about hazards and wrongful conduct.

In government, we find a continuous drum beat for laws which keep secret wrongful conduct and the conduct of government. Recently we have seen a number of newspaper articles promoted by city administrators as well as counties and other governmental agencies complaining loudly about having to comply with freedom of information requests. They claim it is time consuming and expensive to tax payers, but in our digital age that is largely a hollow excuse. Even if there is a burden, the cost is far outweighed by the benefit to keep government honest and expose wrong doing. Look at the TV and newspaper investigative reporters. Over and over they have exposed government waste and wrongdoing which would have continued to go on if not exposed to daylight.

Someone has correctly pointed out that: "Far too often when citizens seek records from our government, they are met with long delays, denials and difficulty. Federal agencies can routinely and repeatedly.deny request for information with near impunity. Making the situation worse, requesters have few alternatives to lawsuits to appeal and agencies decision"

Patients are entitled to copies of their medical records, but when it turns out to involve a potential lawsuit, more hospitals are claiming they can only produce records in hard copy, not on a CD which increases the cost and also ask for substantial amounts to provide the patient and their lawyer the records. Since hospitals are required to keep electronic recordings the claim they can't produce electronic copies of the records is is almost always an excuse to discourage producing records.

On the one hand, in America, the citizen's personal lives are a total open book. There are so many ways of prying into our personal lives that virtually nothing is private anymore. In addition to scam artists, those doing the prying are government, corporations who want to sell us something and the very entities that want to keep what they do secret.

"The struggle of the governments need for secrecy versus the public's right to know and the press's duty to find out and tell is unending. Too frequently it is discussed in public print in connection with the misguided efforts of a bureaucrat the cover-up stupidity or wrongdoing. It deserves more serious consideration for it raises fundamental questions about government press relations and a time of international peril – a condition likely to continue for the indefinite future."

The fact is that the only place secrecy has a proper place in the United States is the confessional. In every other setting it almost always represents an evil that grows in the dark behind locked doors and prevents changes to avoid the wrong in the future.

2 thoughts on “SECRECY – THE CANCER OF DEMOCRACY”