I've written about a heiress  on two different occasions. She was rarely in the news, but on  May 6, 2010 I wrote about her www.paulluverajournalonline.com/weblog/2010/03/multimillionare-william-a-clark-and-his-daughter-huguette.html and again on May 27, 2011 https://www.paulluverajournalonline.com/weblog/2011/05/the-billionare-you-have-probably-never-heard-about-huguette-clark.html. 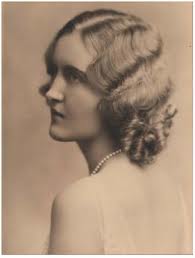 Huguette Clark was a reclusive millionaire who was back in the news because in 2005 she left two wills within six weeks disposing of her $300 million dollar estate prompting her relatives to file lawsuits  to set aside the wills. The Sunday September 15th New York Times carried a two page article about this strange situation newyorktimes.com.

The first will would have given her fortune  to members of her family. The second will cut them off and left the majority of the estate to a foundation for the arts. The relatives lawsuit claims she was coerced into changing it.

In 1991 she entered Beth Israel hospital for skin cancer of the face and refused to go home after her treatment. She remained there for 17 years. She had little or no contact with her relatives and few knew where she was during that time.  She died in 201l at 104 years of age.

In my previous posts I described the various houses and estates she owned. She kept the house and  landscapes maintained as  if she were there but never visited. Staffs of employees  who kept the properties waiting for her, but who never met her. When you read about her father and his wealth matched only by his lack of moral character you can understand how this woman lived a lonely life as a recluse while her vast  fortune was really never enjoyed or put to good use. She  represents an illustration of  the phrase "money does not bring happiness." When you think about all the good her money might  have done for others even if she didn't enjoy it herself, it makes you  sad. Now her estate is likely going to be tied up in litigation and appeals for years while the legal costs eat at the estate. How much better it would have been for her to have created a foundation during her life and enjoyed giving it to worthwhile causes than hoard it until she was dead. God grant all of us common sense and a moral imperative to use our assets  for good.