This week the Sunday New York Times had a piece about Jonathan Klein, C.E.O. of Getty Images. Several things he said  during the interview I thought worthwhile. One of them was about advice his father would  give him as child:

"And he would say: 'Jonathan, you talk too much. There's a reason you have two ears and one mouth. If you'd shut your mouth, you might learn something." Epictetus, a Greek philosopher who lived about the time of Christ, said: "We have two ears and one mouth that we might listen twice as much as we speak." Certainly this is excellent advice because we are generally very bad listeners. We don't listen to each other. We aren't really interested in what the other person has to say. We are far more interested in talking about ourselves. We look and act bored and uninterested while they are speaking, just waiting for a chance to talk about us.  What is it that makes us feel like we have had a great conversation with someone? Usually it is because we were allowed to talk about ourselves or what was interesting to us and not because of what someone said to us. If we could learn the art of active listening we will would make friends quickly and learn a great deal more, so let's try to put into practice Epictetus's advice from 2000 years ago and become great listeners. 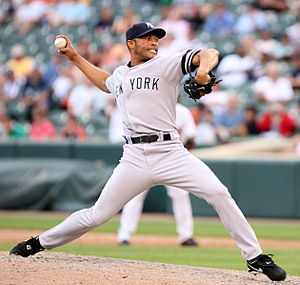 Another piece of advice Klein offered was about dealing with others as a leader. He said  people would bring him their work and he would review it. His mother was a school teacher and he says he would apply that attitude in reviewing the work by correcting and revising. He learned to ask himself:    "Am I going to make this significantly better, or am I going to only make it 5 to 10 percent better?" He learned that worrying about the little stuff took away all the empowerment to the other person so it  is no longer their work, but yours. In the same way he used to debate and argue points under discussion, but  learned to ask himself: "Are you debating the point to get a better outcome or because you just like getting the last word in and winning?" Good rules for all of us.

I also liked his leadership principles for the company of which I found these most helpful to me: "trustworthiness, transparency & openness; the obligation to care; lead by example and raise the bar." As a lawyer representing people who have been injured or damaged what better principles to hope to practice by  and that is especially  true of "transparency and openness" because people easily sense when we are guarded or not being authentic. We need to care about the people we represent as lawyers and it is by our example that we teach others the same. We need to strive to improve in all that we do so raising the bar is another good principle to adopt.

From the sports  page I was interested in learning about Mariano Rivera in an article entitled "A Zen Master with a Mean Cutter." He has had a career as a relief pitcher for the New York Yankees since 1997. A 13 time All-Star and five times World Series Champion. He was signed by the Yankee Organization in 1990 as an amateur free agent in Panama, but spoke no English and had never left home. In spite of that, he became one baseball's greatest players.

On the field he is well known for his composure and reserved demeanor. Away from  baseball he is involved in many charitable causes. He is considered a strong candidate for the Baseball Hall of Fame on  his retirement and in March of this year he announced that he will retire after the 2013 season.

He has been described as having "ice water in his veins" but, Rivera has said: "When you start thinking a lot of things will happen. If you don't control your emotions, your emotions will control your acts, and that's not good." He is particularly well known for his ability to not lose confidence or composure, as a pitcher when a batter gets the better of him on a pitch or a game is lost. He has said: "Win or lose, you have to forget about it. right on the spot. the game that you're going to play tomorrow is not going to be the same game you just played. Derek Jeter, one of the New York team's greats has called him "the most mentally tough" teammate with whom he has ever  played.

The article about him says:

"In the high-stress vocation of ninth-inning pitching dominated by theatrical  personalities, he was the  embodiment of Zen calm – a cool Jedi master among the hot heads and an almost extraplanetary source of composure and grace  in the gritty, often chaotic world of Major League Baseball…Mariano Rivera understood what Steve Jobs, Lao Tzu and Bruce Lee understood: that simplicity is  an art and a strength, a source of joy and beauty and power."

They talk about him as a "consummate professional,, stoic, focused, dedicated and at peace with himself." They are amazed at his "unparalleled consistency  and grace under pressure  and his ability to come back from adversity." One baseball analyst attributed his success to the "three C's: confidence, concentration, control and competitiveness." But, Rivera himself is more succinct about his job. He says: "I get the ball. I throw the ball, and then I take a shower."

What great lessons for lawyers representing clients before juries. simplicity and truthfulness are so powerful when we are dealing with juries. Certainly "confidence, concentration, control and competitiveness"  are equally powerful tools in that regard as  well.

Well those are some lessons about life from the Sunday New York Times you might find interesting.