I am in the process of going through old files in an effort to become organized. What follows are some of the thoughts found in the materials. Maybe something here will entertain or even educate you. I found then worth saving.

In June 1994 Parade magazine carried an interview of the late actor Robert Mitchum. When asked about his past reputation he didn't apologize. Instead he said: "Hey, I live way I wish. There are always people who will object. If you are short, tall people will diminish you. If you are tall, short people don't like you. If you are alive, people wish you were dead. I do the best I can for the most I 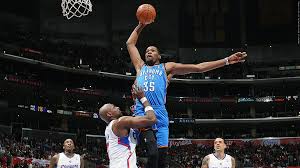 can and if it displeases somebody, I'm sorry. Anybody who really has known me for a long time knows I never changed anything, except my socks in my underwear. I took what came and did the best they could with it." You have to admire someone who doesn't live their life trying to please other people or do what other people expect of them.

The English word opportunity is derived from the Latin phrase for a ship waiting for the flood tide before making it into port. The captain and crew had to wait for that one opportunity and if they missed it, hadto wait for the next flood tide. In Julius Caesar Shakespeare used this fact:

"There is a tide in the affairs of men, which, taken at the flood, leads on to fortune; omitted, all of the voyage of their life is bounded shallows and in miseries. On such a full sea are we now afloat; and we must take the current when it serves, or lose our ventures."

Timing is everything in this world and the ability to see as well as the courage to seize opportunities are essential to success.

If you are worried about  failure  consider  these facts:

When a magazine interviewed  a number of  ordinary people  about their philosophy of life, Benny Reynolds and his son from twin Bridges Montana  talked about their rodeo  performances. They said:   "There's only about 3 things that really are most important.Be honest, do your best, and like what you're doing. And get up as good a winter as you are a loser." That seems to me to be worthy of inclusion in the book of great thoughts.

The goal of runners of the mile race was to try to run it in under four minutes. That  had  never been done  before in recorded track history. It was thought to be a physical impossibility. On May 6, 1954 Roger Bannister was a 25 year old British medical student. While running a race at  Oxford he  was recorded  as having run  the mile in 3:59.4 minutes, breaking the record. When the time was announced  pandemonium broke out among the spectators. it was such a dramatic accomplishment that to confirm the record the track was resurveyed and  the time confirmed. Roger Bannister accomplished what no one had accomplished before him. What is curious is that after he had done so other runners began to  do the same. it appears that the  four-minute barrier was probably more of a mental  barrier than a physical one.

In July 1996 Newsweek magazine published an article: "Zen and the Art of Olympic success" about athletes in the Olympics. The state of mind of winners who seem unbeatable in their performance has different names,like "the zone, flow,and the Zen moment." A mind In the zone  can make an athlete seem invincible. This this state of mind performance  seems to involve  less rational, conscious thought than relying upon training and experience. The article pointed out that  sports scientists at Arizona State University looked at brain waves of various athletes in the seconds before they release a motion. The researchers found decreases in activity in the left hemisphere of the brain, the hemisphere thought to handle rational thought. The decline in left hemisphere activity represents less attention to the mechanics of the action and more how it feels and only certain ratios of left to right hemisphere activity correlate with peak performances, suggesting that there is an ideal frame of mind. What was also discovered was that the harder athletes try to perform well, the less likely they are to find their zone.

In January of this year Kevin Durant, who plays for the Oklahoma City professional basketball team, set a new career high of 54 points. More than the total points was his overall performance. He seemed to be incapable of missing any shot he took with the basketball. Sportswriters described him as not being in the same dimension with the rest of the players, not in the same area code or the same world as anyone else. They said he was in a mythical place we call the "zone." This is a zone of genius and sheer brilliance, where Beethoven was when he composed the 9th Symphony, where Da Vinci was when he painted the Mona Lisa and where Einstein was when conceived of the theory of relativity.  It’s where the greatest athletes briefly become superhuman. So, it turns out that if you want to be at a level of peak performance, the harder you concentrate and try to get there, the least likely you are to achieve it. Relaxing and relying upon your skill, experience and training, just as you do when you drive a car, is more likely to work best.