In November of 2002 the New York Times published a story about two women in rural Alabama who were killed in a head on collision on a clear dry afternoon on highway 25. Traveling at 60 mph they died instantly, but their passengers survived. 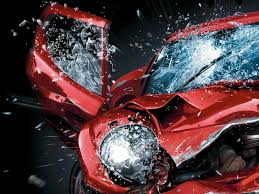 nephew heading North on highway 25. By coincidence, the other driver,  Dorris Hall, left her home at 4:00 PM as well and was traveling in the opposite direction with her husband and grand daughter. Both were also driving the same kind of vehicles, a Jeep Cherokee.

What is a true twist of fate was that the drivers were sisters. They had often driven this highway to visit  the other. The highway was their driving link to each other. As Wewntworth's husband later said: "What are the odds of this? One in a million? One in a billion?"

What is even more curious is the fact that the women's father, Talmadge Smith had died 19 years earlier about 100 yards from the location of this collision on Highway 25 after suffering a heart attack.

No one is sure why the collision happened. The deputy coroner said: "We don't know what happened. Did they see each and wave? Did one lose control?

According to Snopes.com there have been similar strange tragic coincidences like this. For example, in October 2005 Perry Harrell of  Florence, South Carolina died in an auto accident. Three days later his funeral was  held and the family were puzzled that Perry's brother wasn't in attendance. Later they learned that a traffic clogging auto accident they had passed on the way home from the funeral had claimed the brother's life. He had been killed in an auto collision on his way to the funeral.