The conventional wisdom is to never discuss politics or religion with others in order to avoid controversy and argument. However, I’ve recently read views on religion that bear reflection and examination. I’d like to start with William Barclay who, before his death, was a professor of Divinity at Glasgow University and a 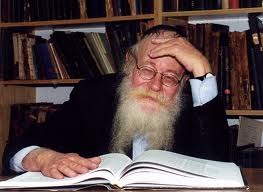 very prolific writer of religious books and Biblical commentaries. He published a Spiritual Autobiography in which he said “I am a convinced universalist.”  He quoted Origon who believed that in the end all men will be gathered into the love of God. He explained that he believed that after death there would be many who would need prolonged instruction, the sternest discipline and even the severest punishment before they were fit for the presence of God, but in the end they will be with God. Hell, he saw, as the process of purification but not eternal alienation from the presence of God.

Barclay offered four reasons why he believed in universal salvation. The first are the passages in the New Testament which say “all” in referring to salvation. Christ who gave himself as ransom “for all” and similar passages. The second are passages from Matthew from the original Greek which mean a remedial punishment rather than an eternal one. Third, that it is impossible to set limits on God who has unlimited power. Fourth, that the ultimate triumph of God means total victory and universal salvation of all. Certainly I have only provided a much abbreviated idea of his reasoning, but it is an interesting concept which has been in consideration since the time of Christ.

Then there was the obituary of Rabbi Schachter-Shalomi in the NY Times July 8th this year. An ordained rabbi of the Lubavitch movement he met with fellow spiritual seekers like Timothy Leary and Thomas Merton. He became known for his ecumenical dialogue with Buddhists and in 1990 met with the Dalai Lama. His outreach to women was ground breaking. He was the first of any Jewish denomination to ordain women as rabbis.  He was exposed to Eastern religion, mysticism and through Leary LSD. From his experiences he concluded:

“What I’d experienced in prayer and meditation before – the oneness and connection with God – was true, but it wasn’t just Jewish. I realized that all forms of religion are masks that the divine wears to communicate with us. Behind all religions there is a reality and this reality wears whatever clothes it needs to speak to a particular people.”

What a profound thought to meditate about. Love gathers others into a circle.

In June there was another NY Times obituary about a rabbi, Menachem Mendel
Schneerson. What caught my attention was the statement that the rabbi reminded us that every person and every good deed is important. It said:

“He embodied the concept that Judaism was summed up in a single act of unconditional kindness and pioneered a global movement based on this ideal.”

Religious concepts that promote love as a basic tenant strengthen our resolve and our commitment. We find very decent people in religions other than Christianity and we see people who are not Christians dedicated to helping their neighbor. When I read or learn about people who exhibit love and inclusion of others I am reminded that the founder of Christianity said the two most important commandments was love of God and to love our neighbor as our self.