Friday, October 3rd and Saturday, October 4, 2014, are Yom Kippur. The name means "day of atonement." It is a day set aside to atone for the sins of the past year. On Yom Kippur, the judgment entered in the "books" is sealed and it is a chance to change the judgment by demonstrating repentance and resolve to make amends. It is a complete Sabbath for prayer and fasting. Most of the holiday is intended to be spent in prayer in the synagogue. It is the most solemn day in the Jewish calendar. 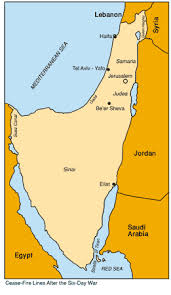 It also has historical significance which accounts in part for the animosity between Israel and neighboring countries. In 1972, Anwar Sadat, Egyptian leader, formed a new alliance with Syria. Egypt and Syria planed a concerted attack on Israel.

The plan was carried out on October 6, 1973 to win back territory that had been lost to Israel during the third Arab – Israel war, in 1967.  The war began when Egypt and Syria forces launched a coordinated attack against Israel. They picked Yom Kippur, the holiest day in the Jewish calendar. It took the Israeli Defense forces by surprise as was intended. . Many of the Israeli army were away from their post observing the religious holiday. It took Israel several days to become fully mobilized.The combined forces made substantial advances using up to date Soviet weapons and equipment. Iraqi forces joined the war. Syria received also got support from Jordan.

President Nixon ordered US airlift of arms to a Israel but delayed emergency military aid for a week because of US connections with Egypt. Israel counterattacked swiftly and with success. It regained the Golan Heights. The Israel Defense forces cost the Arab army heavy costs in soldiers and equipment.

Egypt lost the famous Six-Day War of 1967 leaving the Jewish nation in control of territory four times its previous size. Egypt lost the 23,500 mile Sinai Peninsula and Gaza Strip. Jordan lost the West Bank and and East Jerusalem. Syria lost the strategic Golan Heights. A cease-fire went into effect October 25, 1973. In short, it  was a  disaster for the invading armies.

Israel's prime minister, Golda Meir, later had to step down because of criticism about the unpreparedness of the 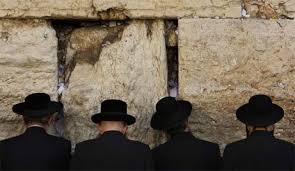 Army. However, even though defeated, Sadat was seen as a strong leader for having made the attack.

In 1974 the first of two Egyptian – Israeli disengagement agreements provided for the return of portions of the Sinai to Egypt were signed. In 1979 Egypt and Israel signed the first peace agreement. Israel returned the last segment of the Sinai Peninsula to Egypt.

For Syria, however, the Yom Kippur war was a disaster. The unexpected Egyptian – Israeli cease-fire exposed Syria to military defeat and Israel seized even more territory in the Golan Heights. In 1979, Syria voted with other Arab states to expel Egypt from the Arab League.

on October 6, 1981, Anwar Sadat was assassinated by Muslim extremists in Cairo while viewing a military parade commemorating the anniversary of Egypt crossing of the Suez Canal at the start of the Yom Kippur war. And,the unrest continues until today.

This historical background is only a small part of the whole picture and only one of the many hundreds of reasons why this part of the world is now and forever has been in conflict with each other. Given the religious, ethnic and cultural differences,  the continous conflict is understandable. Each nation relies upon Scriptural interpretations and historical events which they each 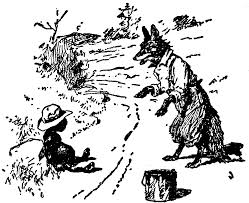 believe proves God supports their positions and justifies their actions. War-like people with extremists religious views and without any civilized moral compass threaten not only that part of the  world but America as well.  We realize that David's sling armed with smooth rocks is no longer the weapon of choice. Sophisticated weapons including nuclear potential are the preferred weapon today.

You remember the fictional character in the Uncle Remus stories of 1881 involving the doll made of tar to trap Br'er Rabbit so that the more he fights Tar Baby the more trapped and entangled he becomes? That seems to me to be a description of the U.S. today. Here we are still in the never ending war in Afghanistan and Iraq, killing with drones and bombing Syria at a cost of billions of dollars weekly. While all the time, lurking  in the background, are world powers China and Russia who have their own agenda and are lacking in normal restraints against war and violence. It's like living on the side of a volcano ready to explode at at any time. You know the saying "there are no atheists in foxholes"? Well, given the volatile state of the world we are are all in foxholes, so pray!