Two years ago Tara Parker–Pope wrote an article in the New York Times "Over-treatment is Taking a Harmful Toll. " In it she describes the research which reveals what she calls "an epidemic of over-treatment – too many scans, too many blood tests, too many procedures" which costs the nation's healthcare system some $210 billion a year according to the Institute of Medicine. It also takes a human toll in 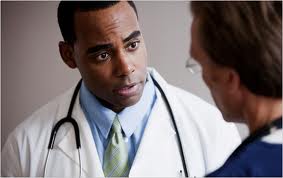 I am reading a book by Dr. Sandeep Jauhan, a cardiologist. It's title is: Doctored: The Disillusionment of an American Physician.

In the book he talks about the cardiologist who pressures him to perform expensive, unneeded diagnostic tests; the hospital, which wants him to see patients for ever shorter sessions; and the problem  of his role as a physician. When he is working for a private clinic a referring physician sends them a 74 year old patient for heart valve surgery. But, Dr. Jauhan recommends not doing it because the patient is frail and her symptoms are being managed with medicine plus the surgery is risky. However, he is pressured to approve it anyway in order not to  offend the referring physician to the clinic which might influence him against further referrals since his payment is also involved in doing the procedure.

He says that the economist Julian Lee Grand, developed the idea that public policy  is based on a concept of humans as "knights, naves or pawns ." Knights are motivated by virtue and want to make the world a better place. Naves are selfish and want to get as much as possible for themselves. Pawns are passive and follow the rules and regulations of others.

The Journal of the American Medical Association in an article described Knights in the medical profession as those who write and practice medicine to save and improve lives of others. Naves, on the other hand, the article said, are only interested in themselves and their financial self-interest which they put before their patients. These are the doctors who over treat and order tests for personal financial gain. Pawns on the other hand are simply ruled by whatever the environment is where they practice.

The problem of over utilization described in the New York Times article, the author says, was always the "gorilla in the room." Everybody could see it, but few wanted to acknowledge it was there. For example, he describes how patients  were randomly seen by multiple  specialists while the patient was in the hospital. The number of various procedures increased as well. Every day the insurance company was being billed hundreds of dollars just for the visits alone. In addition the patient was subjected to more complications by having too many doctors involved.The recommendations were often at cross purposes. They failed to confer with one another or to coordinate care. in addition each specialist  viewed the patient through the lens of their specific area of specialty.

DrJauhan had a faculty position  as well as being a hospital employee in his work as a cardiologist. He describes the conflict and tension that this created. He says that as a faculty person in the division of cardiology there was a motivation to generate more revenue for that particular section. However, as an employee of the hospital,  the desire of the hospital was to keep down overall costs. This conflict was most evident in the hospitals desire to reduce the length of stay of patients with heart failure. The longer such a patient stayed in the hospital the more money the hospital stood to lose. It was also not healthy for the patient because it increased the likelihood of infections or other harm to the patient.  However,  the doctors who were being paid separately by the insurance companies had little motivation to discharge the patient quickly. As long as their patient was in the hospital they could bill and be paid for every visit they made to the patient.

He describes trying to supplement his income by agreeing to give seminars on behalf of a pharmaceutical company. When he asked to modify the  slides and materials that  company provided him they refused to allow it. Discussions always occurred at  the best restaurants with fine food and wine and the pay was excellent. After two years  he was not able  to continue to  lecture  and feel right about himself so he quit.

With a subject as complicated as this one, there are no simple or obvious solutions. Some of She primary causes of problems involve such things as being paid  by insurers, Medicare and the government.  Government mandates are a challenge  in caring for patients. Being able to practice medicine and spend adequate time with patients represents another serious problem. And, most significantly, the intrusion of the pharmaceutical industry into the medical health system plays a huge role  in  the problems. it's enormous lobbying power, its direct advertising of its products to patients on television and magazines, along with it's  ability to influence the legislature, medical publications and medicine generally has a profound effectupon medicine as we know it today.

There is generally, on the part of most of us the same feeling we have about our politicans and legislatures – there's not much we can do about it. Money talks and power corrupts.