Any time I write about politics it is inevitable that I will annoy and anger somebody. Nevertheless I need to express my concern about this last election. In fact, a syndicated columnist, Ann McFeatters has already expressed my views in an column she titled Voters have no clue how to solve the nation's problems. I know the following photo is an unfair protest photo, but it matches my mood as I write this.

She begins by saying: "after the world's most expensive election – $4 billion – Americans have made it crystal clear they don't have a clue what to do about the nation's problems." To that I say Amen! They have voted against their own interests in this midyear election. 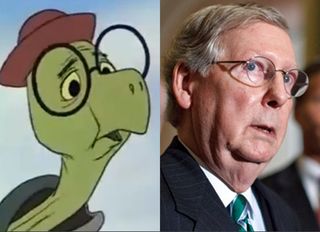 For example, as McFeatters notes, Americans overwhelmingly want the minimum wage rates raised for workers. They don't think it's fair that fast food workers are paid so little they cannot afford to take care of their families and others have to work two and  three jobs without any benefits. Yet she notes Americans have elected "a passel of Republicans" adamantly opposed to raising the minimum wage.

Americans are also concerned about the wave of gun violence, particularly in and around schools. Polls show they want more controls on gun registration. Yet, as she points out,"they just swept into office a bunch of Republicans were pledged to fight"  background gun checks  and oppose all laws dealing with gun controls of any kind.

She notes the great majority of people in this country are worried about climate change that will make the Midwest arid, coastal cities flood prone and extreme weather more common throughout the year. But they have just elected " a herd of Republicans who deny climate science and want environmental restrictions  eased." Virtually every Republican candidate ducked taking a position there was any man made climate change by claiming they "weren't a scientist" but the Republicans have consistently rejected the scientific proof about it. They have had a long history of  dismantling the regulatory agencies and laws that protect the  environment, yet Americans voted them into office in spite of their personal concerns.

Polls show that Americans believe the immigration system is broken. They want reform. They want something reasonable adopted to deal with the 11 million undocumented workers who are subject to deportation and the children who know no country but the United States. Yet we just selected a Republican Congress that has refused to work with president Obama on immigration. The Republican position about immigration is higher walls along the border with more guards and deport every one of them and their children. Americans in favor of  reasonable reform  of the immigration situation and in  spite of  Hispanics who will soon represent a large block of voters, nevertheless voted in a party whose firm position is contrary to voters  personal views.

Under the Affordable Health Care Act millions of people are now covered by health insurance who had no insurance before. People are now covered with pre-existing conditions that cannot be used to deny coverage. Health coverage for all Americans is favored by the majority of  voters.  However, the nation just selected a majority of Republicans who want to dismantle and repeal Obama care without proposing what would take its place.

Most important to Americans is to have less dysfunction in Washington. They want cooperation between the parties and cooperative action to solve problems like the economy, lack of jobs and the deteriorating infrastructure in the United States. But we Americans just elected the largest Republican majority in the U.S. House decades and gave control of the Senate to the Republicans. We did this inspite of the fact the Senate Republican leader Mitch McConnell of Kentucky has continuously announced his goal is  to make President Obama "a one term president," that is he has vowed to block Obama's proposed legislative goals and his programs. To  block everything he and the Democrats want.  In the house we have elected Republicans who have demonstrated over and over that they will block any legislation they don't agree with and will not discuss compromise. These  are  the people Americans elected who also want to end dysfunction in Washington and deal with real issues important to them. Go figure.

As Ann McFeatters writes: "so, we have an obstinate Obama trying desperately to build a legacy in his final stretch in office versus stubborn Republicans determine to tear it down" and block him. This is a dilemma Americans created by their votes. I understand we all want to end the fighting like little children in the school yard that goes on  in Washington from the president down. But, how do Americans expect to achieve their goals when they elected the party of  "just say no" whose objectives are directly contrary to the people  who voted  them into office?