Lita and I are at our home in Scottsdale this week. We arrived during the Arizona political campaigns. When I turned on the TV I thought I had landed on another planet. It is as if aliens have taken over the television channels because the TV advertising is totally and completely dominated by back-to-back repetitive political attack ads. Apparently, in Arizona, campaigns for political office have no connection 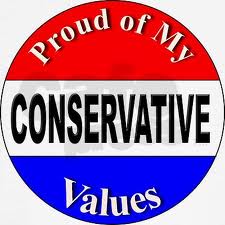 with the qualifications of the person running for office or relevant issues. You can't find an ad of that kind on television here. No, all of the ads are vitriolic, personal attacks on the opponent. A back to back series of attacks attacking one's opponent is the way candidates campaign here.

These ads feature photos of the despicable political candidate being attacked with detailed  allegations of their corruption, wrongdoing and allegations that make one wonder why they are not  in jail. The most devastating allegation you can make about your opponent is that they are a liberal and a supporter of President Obama. The most favorable  thing you can say about yourself is that you are an arch conservative and think the Affordable Care Act is as evil a legislation as ever passed. President Obama, always referred to as simply "Obama" and House Speaker Nancy Pelosi are  devils in disguise.

These are not "vote for me because…." ads. They are "don't vote my opponent because ……" ads.The ridiculous negative claims of these ads isn't bad enough. They are run them over  and over, back to back. The political issues are simple.The important issues are not the economy, our wars or foreign policy. No,the only issues of importance  are the need to build  higher fences and post  guards at the Mexican border; government spending; government regulations; the need for very aggressive law enforcement by people like the notorious Sheriff Joe; the right to own guns; the horror of Obama Care and  the evil of same-sex marriage. Those are only important issues according to the political ads on television.

You wouldn't want to open a discussion about the shooting in Ferguson here (the police are always right and he was, after all, a black). Gun sales have skyrocketed here since the election of President Obama. A local gun shop owner was quoted as saying: "Every time Obama talks about guns, our gun sales go up." This is Russ Limbaugh and Glenn Beck country.

The other striking thing is that  thanks to our U.S. Supreme court millions are being poured into these campaigns by groups that do not have to identify themselves. Secret millions being spent to elect people who see government as their enemy; illegal immigrants a greater threat than terrorists and regulations on corporate actions as evil.

I love this part of the United States for it's beauty and weather. I love the people too, so long as it doesn't involve their political views or involve driving their cars. That's because the other very unique thing here is the Arizona driver. As long as I have gone this far I might as well let it all hang out.  In Arizona, stop signs are, at most, a recommendation. In fact, you a acknowldge a stop sign by tapping your bakes as you speed past a stop sign or fail to yield the right of way to the other car. It doesn't make any difference whether you are driving  on the  roads and highways or in the parking lot at a mall. Stopping at stop signs or yielding the right-of-way is apparently only for sissies here.

On top of that the customary way to drive at all times and places, including  high-speed freeways, is by tailgating any car in front of you. For some reason  Arizona drivers believe that the right position while following another car is to be as close to the rear bumper of the car in front as they can get at any speed. Driving  is a contact sport here and clearly  a contest  of bravery. It is a "who will blink first" kind of driving experience. Out-of-state drivers who survive learn to drive  in a state of total fearfulness and as if there were no driving laws or right of way rules. Driving is a contest of bravery and aggressiveness where  there are no rules here. Accidents are frequent, but having a life threatening driving experience common.

Well, that's my rant and while I've offended a state full of people plus everyone who agrees with their views, I feel a lot better saying it. You should visit Arizona soon for the experience of it. But, I'd wait until after the political season is over.