My father was a great believer in motivational ideas. He read motivational books, had motivational slogans and was a  believer in goal setting. He was also a very positive minded person which stood in stark contrast to my mother who tended to worry. I'm afraid I took more after my mother's viewpoint in spite of every effort of my father to influence me with a positive outlook. As a young man I worked 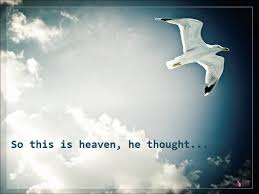 on developing a goal oriented and positive outlook through reading and later audio tapes as well of inspirational speakers.

I was reminded of this background while sorting a neglected storage area at the house of accumulated materials when I found some motivational materials of mine. One set of materials I found was from the "Success  Motivation Institute" of Waco Texas called the "Dynamics  of Personal Motivation" which had audio tapes as well as written materials I had studied. I read my list of goals of 1970. I'm not sure I achieved the goal "I will develop a positive attitude of enthusiastic self  confidence about all things" but overall I did rather well in selecting worthwhile goals to strive for.

Over my lifetime I've read hundreds of self improvement books and listened to a volume of audio tapes. I have found that great truths remain valid over time. Authors re-discover these truths, describe them in new ways and republish them as  new. In the Bible, Ecclesiastes, we read "What has been will be again, what has been done will be done again; there is nothing new under the sun." I think that is true.

So, with that in mind, of the many books I've read, here is a short list of ten of the best motivational books I've read. They are not in any particular order or ranking of importance.

The title tends to put one off, but Napoleon Hill collected some of the most important rules about motivation and success in this book. Allowing for the wording he uses to express his ideas, this is a dictionary of valid concepts everyone who wants to be successful should read.

2. The Greatest Salesman in the World by Og Madino published in 1968

Og Madino has an entertaining way of writing and  is a great story teller. He communicates his ideas in  story form which is both entertaining and informative.

3. The Power of Positive Thinking by Norman Vincent Peale 1952

This classic best seller has solid advice about mental attitudes. Keep in mind the most powerful force  you have is what you say to yourself and believe.

Dated perhaps in its language, it nevertheless anchors clearly the importance of  mental  attitude and  what we tell our selves.

This wonderful book was written by a plastic surgeon who observed patients whose "deformities" he corrected were not benefited unless their attitudes were modified. He demonstrates  the enormous power in the truth that the imagination does not distinguish between vividly imagined events and actual events as a learning tool.

Dr. Frankl survived German concentration camp and in the process observed why some prisoners survived  and why some mentally gave  up. His  book documents the importance of why we must have a purpose in our lives.

7.    How to Win Friends and Influence People by Dale  Carnegie published in 1936

There are few books that remain as valid in it's premises  over 80 years as this one. Ignore the title. This is the bible of human nature. I have read and re-read this book to remind me about human nature and how to deal with it. This  book should be required  reading  for everyone on  dealing with others.

The wonderful thing Tony Robbins  has done in this book is to take basic Neuro Linguistic principles  and  put them in language everyone can understand. Plus he has collected the  fundamentals of living well in an organized manner.

I included this very thin little book for only one reason. We  must  learn how to  communicate simply  and clearly. Brevity is the new requirement for good communication and this little book will tell you how as well as  why.

Like Antoine de Saint-Exupery's 1943 book The Little Prince, Bach has written an allegory about achievement. Jonathan refuses to accept the stereotyped limitations of the "wise" seagulls about what a seagull is supposed to and how it is supposed to live life. Worse, they refuse to believe him when he tries to tell  them about the wonderful world they are missing. Every time you are attacked for your nontraditional views this is the book for you to  read.

3 thoughts on “JONATHAN LIVINGSTON SEAGULL & OTHER THOUGHTS ABOUT MOTIVATION”