Every day we read in the newspaper or see on television new atrocities committed around the world against human beings by those professing to do so as complying  with the will of God. Beheadings, suicide bombing and killing children are all  pleasing to God in their eyes.  For many thousands of people around the world, religion is a matter of strict rule compliance in all things both petty and large. Compliance, for them, means not just following very strict rules, but inflicting death and suffering on fellow human beings in order to fulfill their interpretation of what pleasers God. The idea of love of one's fellow I human being as a essential requirement of God is totally obscured by the obsession with strictly following rules to please the God they believe in. 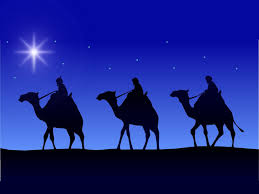 Even in civilized countries like the United States, there are large segments of society that essentially have the same idea without inflicting death. These are the religious believers who trample on their fellow human beings in a variety of cruel and unfeeling ways while fulfilling their idea of what rules God strictly enforces. For them, the whole of religion is simply following unbending rules irrespective of the human element. The history of Christianity has unfortunately been dominated by religious leaders who choose ritual and rule compliance over human needs and love of fellow human beings. Rejection of huge segments of "sinners" – divorced people, homosexuals and all things sexual is their view of how to make  God happy. However, Jesus story about the good Samaritan illustrates how wrong this kind of twisted religious belief really is. Christianity teaches Jesus came to save everyone society labeled a sinner.  Our focus should be on His parable of the prodigal son whose father forgives his many transgressions as soon as the son returns home and his teaching of the  two greatest commandments: Love of God and love of our neighbor. Why do we ignore Jesus teaching that the two greatest commandments are first, love of God and second, love of neighbor? Why do we, instead, settle on rules, liturgical exercises and bureaucratic authority?

I have been studying the writings of Dr. William Barclay for many years. This Scottish biblical scholar, who taught at the University of Glasgow, was a minister in Scotland at Trinity church. He has written extensively on religious subjects but in particular Scripture interpretation. He remains somewhat controversial among those who think he fails to be a traditional interpreter of Scripture. I, however, find his writings enlightening and informative. Barclay writes about the story in Mark chapter 2 when Jesus was going through the cornfields with his disciples on the Sabbath and they begin to pluck ears of corn. The Pharisees immediately complained that they were "working" on the Sabbath which was prohibited. His response was: "the Sabbath was made for the sake of man and not man for the sake of the Sabbath."

Barclays observation about this passage was "religion does not consist in rules and regulations." He notes that: "whenever men forget that "love forgiveness and service and mercy are at the heart of religion and replace them by the performance of rules and regulations, religion is in a decline." It is a person's relationship to other human beings that is a fundamental of Christianity. Barkley says: "The first claim on any man is the claim of human need. If ever the performance of a man's religion stops him helping someone who is in need, his religion is not religion at all. People matter far more than systems. People are far more important than rituals. The best way to worship God is to help men."

Barclay illustrates this with the story of The Fourth Wise Man. In this story a man named Artiban sets out to follow the same star as the three wise men taking with him a sapphire, a ruby and a pearl as gifts for the new King. On the way he sees a traveler stricken with fever so he stops to help the man. He has to sell his sapphire to do so and continue the travel. When he arrives in Bethlehem Joseph Mary and the baby have left. The soldiers are carrying out Herod's command to kill children. In the house where he was staying there was a child. Atiban bribed the soldiers to save the child with the ruby. Now he only had the pearl left to give to the King.

For years he continued to look for the King and some 30 years later came to Jerusalem where there was a crucifixion going on. He realizes it is the King  so he hurries  to see if perhaps he could save the life of the King with the pearl. But suddenly there is a girl fleeing from soldiers who were coming to sell her as a slave to pay the debt of her father. Artiban sadly decides to use the pearl to buy the girls freedom. No sooner had he saved  her when an earthquake causes a piece of a building to hit him. He was laying dying in the lap of the girl when she heard him say to no one she could see: "Not so, my Lord. For when did I see you hungry and fed you? Or thirsty, and gave you drink? When did I see you a stranger and took in? Or naked and clothed you? For thirty and three I have looked for you but I have never seen your face." And then like a whisper far away there came a voice "Truly I say unto you, inasmuch as you have done it unto the least of these my brethren, you have done it unto me." And Artiban smiled in death because he knew that the king had received his gifts.

As Barclay says: "the best way to use sacred things is to use them for the help of people. The final arbiter in the use of all things is love and not law."

One thought on “WHY DO WE MAKE RELGION A TEST OF RULES RATHER THAN FAITH AND LOVE?”