If you're like me, it's really hard to understand the extreme evil that religious terrorists inflict on innocent people, convinced it's what God wants. Here's my attempt to give a simplistic explanation.

fact the entire world. The situation is made more dangerous by the fact that there is a division within the Islamic religion two major factions which are in direct conflict with each other. Each believes that the other and all other religions of the world are totally fraudulent. In addition, there are several other separate Muslim groups with similar goals who are in a power struggle with each other. The result is you have the settings for a "perfect storm." of religious fanaticism.

THE BASICS OF ISLAM

For a complete understanding we need to start with some of the basics about Islam. What follows is an oversimplification, but illustrative of the facts.

The Quran (Qur'an) is the single most important authority in all of Islam. It is the Scripture given from Allah through the Angel Gabriel to Mohammed about Islam. The Hadith are the recorded sayings and deeds of the Prophet Mohammed. It is second in authority only to the Qoran. The term "Jihad" means struggle in Arabic. Muslims use the word to describe three different kinds of struggle:

Most modern writers maintain that the primary meaning of Jihad is that of the internal spiritual struggle. But in general there is the greater and lesser Jihad. The Greater is this internal spiritual struggle and the Lesser is the holy war against non-Muslims based upon belief. One section of Muslims have elevated the Jihad to one of the five pillars of Islam, making it six pillars. What are the five pillars of Islam?

We need to also understand that within the Muslim religion there are two major divisions who have been in historical conflict: Sunni and Shiite believers. The division dates from the seventh century over 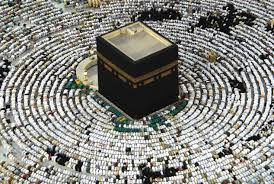 a split as to who would inherit the leadership after the death of the Prophet Mohammed. Each group believes that it represents the authentic message and  is the true follower of Mohammed. They each believe the other is fraudulent. The schism has resulted in a violent power struggle over centuries. The two traditions have different approaches as to religious law and practice while following the fundamental tenets of Islam..

But, to complicate the situation, other subgroups have been formed who act as religious terrorist organizations advancing their version of Islam. Muslim cleric Mohammed Yusuf formed Boko Haram in 2002 as a Sunni Terrorist organization in Northeastern Nigeria. Osama bin Laden founded Al Qaeda along with Abdullah Azzam in Afghanistan in 1988 as a Sunni terrorist organization. It has it's own version of Sunni Islam that emphasizes militant jihad, rigid and literalist Sharia Law and an Islamic state. These sects of Islam are in conflict with one another over religious and control issues. For example, Al Qaeda's Sunni ideology regards Shiites as heretics and profoundly distrusts Shiite groups like Hezbollah. When Israel invaded Lebanon a group of Shiite clerics formed Hezbollah with the goal of driving Israel from Lebanon and establishing an Islamic state there. The Muslim Brotherhood was founded in Egypt as an Islamic Sunni organization and is identified as terrorist. Hamas was founded as a paramilitary wing of the Muslim Brotherhood operating as a Palestinian Sunni organization. This is not the total list of such groups, so, add to the difference of beliefs and a power struggle among them for control and you have war. But, more recently, the major groups of Islamic terrorists have agreed to act in concert which is really frightening.

Terrorist acts are often justified as complying with the Sharia law.  It is the basic Islamic legal system derived from the religious teachings of Islam from the Koran and the Hadith. This law covers many topics including crime, politics, economics and every aspect of life. It is considered the infallible law of God in Islam. It is the explanation for the imposition of clothing for women and other religious requirements in Muslim countries.

THE HISTORY OF RELIGIOUS WAR

So, how does all of this background relate to  religious terrorism in the world today? We have to start with the acknowledgment of the historical fact that in general religions have inflicted harm on others in the name of God over centuries. In fact Mohammed was the first to launch a crusade in 630. The areas invaded were subjected to a rule of convert or pay a religious tax or die. Then we have Pope urban in 1095 called for a crusade by all European Christians against the Muslims to reclaim the Holy Land because he said "God wills it." Add to that the Inquisition which began in France in the 12th century and we see that a lot of  evil has been done in the name of God over many centuries.

THE GOAL FOR A CALPHATE ACROSS THE WORLD

When we consider the so-called Islamic state, better known as ISIS, we see its stated goal is to establish a new Islamic "Caliphate" across the Middle East and in fact across the world. What is a caliphate?  It is the idea of an enormous Islamic state encompassing all Muslims worldwide. But it isn't to include the Shia Muslims nor non-Muslim believers since they aren't part of the true religion. By the way, this idea is reflected in the title "Caliph" given to the leader of ISIS and religious leaders. So basically the ultimate plan is to take responsibility for and control of the whole world's Muslim population by force if need be. It is a "holy"  war, but a war so people must die.

OTHER JUSTIFICATION FOR VIOLENT ACTS

The suicide bombings, beheadings, and terrorist killings have additional motives. For example bombings in Baghdad were intended to target Shiites as was the bombings in Bangladesh. The destruction of the Russian jetliner was in retribution for Russia's expanded military intervention in Syria supporting Shiites. The killings in Paris and the United States, in part, deal with the ISIS viewpoint these countries are thoroughly corrupt and depraved nonbelievers and in punishment for involvement in Muslim countries conflicts. There is also the motive 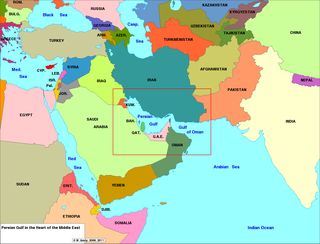 for calling attention to the group and inflicting terror among nonbelievers. Beheadings are done in large part for that reason. Note that the Quran is cited for beheadings. The justification for it is by  citing a famous passage oft he Quran at Sura 47:4 which reads "when you meet the unbelievers, smite their necks." This verse has been interpreted literally by groups within Islam.

Somewhere between 85% and 90% of the Muslims are Sunnis and live in Egypt Jordan and Saudi Arabia. Of the 1.57 billion Muslims in the world the Middle East and North Africa have the highest percentage of Muslims. In that region the population is about 95% Muslim. In general, the Shia Muslims are the majority in countries like Iran, Iraq and more recently Lebanon. The rest are Sunni by majority.

Look at the geography of the Middle  East and it's conflicting religions. Pakistan has 199 million people with the religion of Islam and is over 75% Sunni. Carved out of India in 1947 it has been in continuous conflict since then with India with a primary religion of Hinduism. Iran is an Islamic country with 90% of the population Shiite, while most Arab States are Sunni. Iraq is also an Islamic country with Sunni and Shiite divisions plus a population of Kurds. Lebanon is the most diverse religious country in the area with half Muslim divided between Sunni and Shiite and the rest a variety of religions. Palestine is a Muslim country that is largely Sunni. It's conflicts with the Jewish population of  Israel and  the role Hezbollah is  well known. Afghanistan is a totally Islamic with a predominately Sunni population. Syria is Muslim with a majority of Sunni. Jordan is almost totally Sunni Muslims. Egypt is a Muslim country with the majority Sunni and the same is true of Turkey. The Sudan is also largely a Sunni Islamic country. Within this geographical  area there are divisions of religious beliefs within Islam including the terrorists organizations. The decision to become involved in Afghanistan and to invade Iraq was a tipping point for America to become involved in this religious warfare. Since the Arab Spring began Saudi Arabia  has waged a campaign against Shiite Iran and the Sunni Islamist who challenge the Kingdom's legitimacy.

You can see  what a tinder box this part of the world has become and at it's root cause are religious beliefs.  My only solution is to pray for peace.

One thought on “TERRORIST ATTACKS & RELIGION”