That's a quote from Will Rogers who said : "All I know is what I read in the papers…" Rogers was born in 1879 and was a vaudeville performer, comedian and motion picture actor. He died the year I was born in 1935. That year Wiley Post, a nationally known pilot, and Rogers left Lake Washington in Renton on a float plane for a tour of Alaska. In August they had left Fairbanks in bad weather. About 20 miles SW of Point Barrow they landed to verify  their position. On take off the plane 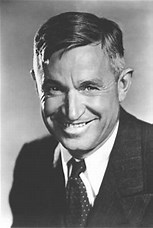 plunged into the water and both men died instantly. I thought about this quote when I decided to just share some rambling thoughts about things I read about in the papers.  By the way, Rogers also said: "A fool and his money are soon elected." Something to think about given the outcome of the election.

To start with, we had wonderful weather in Cabo San Lucas and the Las Ventanas resort is a beautiful place. We did very little besides enjoying the good weather and the resort. We flew Sunday on American Airlines to Scottsdale. That was a new flying experience. The first class was out of everything from drink to food for reasons I don't know. It was like a flight from Seattle to Spokane on Horizon. We were glad to get to our home in Scottsdale. The weather here turned cold and the weather report is rain Sunday and Monday, but it's great being here.

So, here's all I know from what I read in the newspapers. Did you know, according to the papers, there are some twenty states where there are movements to withdraw from the Union? California is serious about their petition for a vote to withdraw, even though the vote would be advisory only. I've always argued that Oregon, Washington and British Columbia should form their own nation since all three are out of step with Washington DC and Toronto politics. On the election map we are blue in a sea of red. On the other hand, maybe we should kick out the states with political views that belong in the dark ages instead. Take Texas for example. The most recent weird conduct there, according to the paper, involves two judges.

A federal magistrate John Primomo in San Antonio, Texas, at a naturalization citizenship ceremony, told the new citizens that if they didn't like President Elect Donald Trump, they should move to another country. This was just before they  took the oath as new citizens. What a fine example for new citizens. After all the outrage, he was permanently  barred from conducting these ceremonies in the future. He should have been removed from office.

But, wait, there's more from Texas reported in the newspapers. James Oakley is a county judge who posted on his Facebook account a mug shot of a black suspect in a police shooting case with the caption "time for a tree and a rope." When there was massive backlash about this blatant racist post he claimed the caption was "unfortunate language" but denied any racial overtones were involved. Only in Texas would that excuse be believed. I was bothered enough to Email him about this unjudicial conduct. This is a trial judge who is supposed to be a model for fair and unbiased justice.

The Sunday NY Times has an interview with John Lilly, a partner in a Silicon Valley venture capital firm, entitled "Simplify the message and repeat often." Since my mantra to trial lawyers has been to make their message to the jury short and simple I was interested to read his advice about leadership lessons he learned. He said:

"I didn't understand the role of simplicity and messaging early on. One of the things that happened at one of my startups was that I would get bored saying the same thing every day. So I decided to change it up a little bit. But then everybody had a different idea of what I thought because I was mixing it up.

So my big lesson was the importance of a simple message and saying at the same way over and over. If you're going to change it, change it in a big way and make sure everybody knows it's a change. Otherwise keep it static."

I couldn't give trial lawyers better advice about presenting cases to juries. A simple message said in the same way over and over. If changed, do it in a big way and make sure everyone knows it's a change.

The NY Times also reports about the ongoing dissent by Catholic Cardinals and Bishops regarding the positions taken by Pope Francis. For 27 years John Paul II was pope – from 1978 to 2005 – A papacy strikingly conservative in all things Catholic. During that time Joseph Ratzinger, as cardinal, had served under John Paul as his "enforcer" since 1981 when he named him Prefect of The Congregation for the Doctrine of the Faith. A position of enforcer of Catholic doctrine. In that role he defended and reaffirmed conservative Catholic doctrine including teachings on birth control, homosexuality and inter-religious dialogue. On John Paul's death he was elected Pope Benedict XVI and served from 2005 to 2013 continuing the same legacy of conservative teachings. In 2013 he had the good sense to resign resulting in the election of Pope Francis who inherited cardinals and bishops who had been appointed because of their identical conservative views of the  two previous popes.

Francis, a Jesuit by training, quickly upset the conservative Cardinals and Bishops appointed by John Paul and Benedict by his more compassionate spiritual views. Grumblings about the failure to hold to conservative views soon became more open and public encouraged by Francis's tolerance for dissent by these church leaders about his positions. Dissenting cardinals and bishops publicaly spoke and even published their criticisms. Unlike John Paul and Benedict who had quickly sanctioned any dissent or discussions of differing religious views, Francis has allowed it. The newspaper reports that two weeks ago four Cardinals published a "dubia" – a set of questions posed to Pope Francis requesting that he clarify his position. The subjects included issues like communion for divorced Catholics. The Pope ignored the questions and failed to respond. That prompted Cardinal Raymond Burke, one of Francis loudest and most severe critics to speak out. Burke had been brought by John Paul to the Vatican in 2008 after serving as an archbishop in St. Louis where he had strongly enforced the traditions favored by John Paul. After awhile Francis replaced Burke from the position John Paul had given him on a powerful Vatican committee where Burke had been an outspoken critic of abortion, homosexuality and same sex marriage as well as an ultra conservative on Catholic issues. The two men were very unalike in theology and dress. Burke is well known for his like of long trains of billowing red silk vestments in stark contrast to the humble clothing worn by Francis.

When Francis ignored the Cardinals demand for an answer to their questions, Burke gave an media interview suggesting that Francis's silence might require a "formal act of correction" from the Cardinals – something without precedent in Catholic history and rank insubordination historically. Francis made no response. How Francis can tolerate these conservative prelates attacks reflects his holy spiritual demeanor.  So far, Francis appears to have chosen to avoid direct confrontation with feuding bishops and cardinals appointed by his predecessors.

As to changes in my Catholic Church, Henry Wadsworth Longfellow wrote something that applies to the Catholic church:

"Though the mills of God grind slowly, yet they grind exceedingly small; Though with patience He stands waiting, with exactness grinds He all."

That's my report of what I read in the paper. I hope you had a great Thanksgiving.