In the mid 1960’s a counter culture blossomed throughout the United States. The movement took place in rebellion of the Vietnam War. The “Flower Power” movement was made up of teenagers and young people who became known as hippies. Peace and love was a message they wanted to get across. While largely rejected by the adult population at the time, in fact the movement did influence our culture, spirituality and even religion. I sometimes think we need another era of "hippies"  with the same message. Today we live in a period where lack of concern for others, anger and antagonistic attitudes 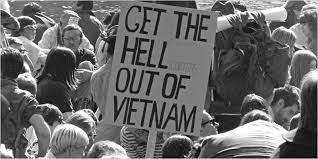 towards other people is as intense as I can recall. This general public attitude produces road rage, racist hate and a selfish concern about us to the exclusion of others. Recent examples of blatant racism include these. One in New York and the other West Virginia.

The Buffalo board of education in New York demanded that board member Carl Paladino resign after making racist comments about Michelle Obama: “I’d like her to return to being a male and let loose in the outback of Zimbabwe where she lives comfortable in a cave with maxi the gorilla.” The director of a West Virginia nonprofit development Corporation was fired from her job after a Facebook post praising incoming first lady Melanie Trump: “It will be refreshing to have a classy, beautiful, dignified First Lady in the White House. I’m tired of seeing an ape in heels.” The mayor of Clara West Virginia responded to the post “Just made my day Pam.” She resigned after the backlash.

These examples  can’t be dismissed as rare exceptional examples because we have seen, during the recent presidential campaign, multiple similar occurrences. I don’t have to document the frequent deadly violence inflicted all over the world in the name of God nor the wars driven by selfish interests resulting in genocide like consequences for people. Huge crowds of people become refuges from this violence with little help available to them. Corruption is the number one problem around the world while people suffer and starve. Corporations and nations inflict enormous environmental damage to our seas and the world in the name of profit while denying the obvious truth of the damage being done. Cities like Chicago are centers of gun violence and death while the homeless in our country continue to be an unsolved problem. Worst of all, truth, integrity and honesty are total orphans in our society while lies, deceptions and fraud are the tools of the powerful. The most feared weapon in government, corporations and the powerful is transparency and truth. As a result it is continually being surpressed in the name of security, national interests and confidentiality.

All of this is happening while political leaders, a political party and conservative religious groups in this country insist they want to return America to its Christian roots by imposing their religious beliefs on everyone else. They elect politicians who promise to do that by laws and actions such as influencing in their favor the balance on the supposedly independent U.S. Supreme court. All of this in spite of the fact this country is made up a pluralistic society of many religions and beliefs. One where the constitution prohibits any law respecting an establishment of religion or abridging freedom of speech or free exercise of religion. I am not suggesting  Donald Trump is responsible for these repugnant public attitudes. At worst he merely made it acceptable to say out loud what was already the attitudes of the people involved.

One wonders how they reconcile their idea of being a Christian with that of its Founder. What about the requirement of love of other people? We read in the Bible Mathew 22:

And St Paul, writing in Romans 13 says that love of one another is a total fulfillment of the law:

"Owe no one anything except to love one another, for he who loves another has fulfilled the law. For the commandments …are all summed up in this saying, namely, “You shall love your neighbor as yourself.” Love does no harm to a neighbor; therefore love is the fulfillment of the law.

In the years of 330 a great spiritual monk St Basil admonished Christians:

This message of love of others is, to me, as relevant now as it was then. Peace and love would be my New Year's  resolution for our planet.