We had a wonderful time with our children on our cruise to Alaska. We left from Vancouver and sailed to Anchorage, returning a few days ago. Three children were unable to make it, but it was a great family adventure for all of us anyway. Hubbard Glacier was beautiful and we had calm seas the majority of the time with only a little rain.

While on the trip I read The Political Brain by Drew Westen. It discussed, in part, the role of religion in Politics. When we returned I read about Bishop 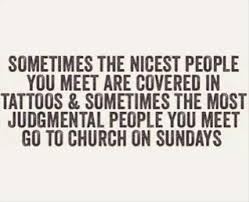 Thomas Paprocki of the Catholic Diocese of Springfield, Illinois who has ordered priests to deny communion to people in same sex marriages, those having sexual relations when unmarried, divorced and remarried Catholics, politicians and judges who helped make same sex marriage legal and those who use artificial contraception. Funeral rites were also denied to those involved in same sex marriages. To make it really clear, he posted a 12 minute video outlining the rules. Observers note that Paprocki's decree contradicts the more welcoming direction that Pope Francis has set for the Catholic Church. "I can't imagine a cruder thing more at cross purposes with what the Holy Father is trying to do," says Michael Sean Winters, a columnist at National Catholic Reporter, an independent newspaper. Particularly galling, says Winters, is denying funeral rites to people in same-sex marriages. "The only time I can remember someone being denied a funeral were mafia bosses, when they were shooting at each other," he says. Winters notes that "it's considered brutta figora – an ugly figure – to speak ill of other bishops on the record." But he predicts that "privately, 95 percent of other bishops in the U.S. are reading [the decree] and are horrified. Even the ones who are pretty arch on same-sex marriage think this is too far."

So many Americans seem totally rigid in their judgmental religious attitudes about others. The Republican party has a major role in this regard. Westen, in his book quotes the Portland Oregonian:

"Other than telling us how to live, think, marry, pray, vote, invest, educate our children and, now, die, I think the Republicans have done a fine job of getting government out of our personal lives"

Westen says the history of God’s conversion to Republicanism is a remarkable story, which can be traced in the speeches delivered by the major party candidates between 1960 and 1988. Americans are a deeply religious people and this is reflected in the strong Republican base among fundamentalist religious believers. But, what is most offensive to me are the American bishops whose self righteous view and equally fundamental beliefs are imposed upon the Catholic laity. Paprocki, smug in his conviction his ideas are the only true measuring rod of good or evil, judges everyone else by those standards. The real truth, I believe, is found in Scripture in the words of Jesus. “Judge not, that you be not judged. For with the judgment you pronounce you will be judged, and with the measure you use it will be measured to you. Why do you see the speck that is in your brother's eye, but do not notice the log that is in your own eye? Or how can you say to your brother, ‘Let me take the speck out of your eye,’ when there is the log in your own eye? You hypocrite, first take the log out of your own eye, and then you will see clearly to take the speck out of your brother's eye." Matt 7:1. Saint Paul says: "Therefore, let us not pass judgment on one another any longer, but rather decide never to put a stumbling block or hindrance in  the way of a brother." Romans 14:13.

He argues from a political viewpoint in a religious nation such as ours, we can ill afford to allow the right to define faith, morality, virtue, values, and character. He  writes:

"Once in a while someone says something so remarkable that’s it’s worth noting, without any comment at all. Such a situation took place on March 1st in Annapolis, Maryland, where a hearing on a proposed constitutional amendment to ban gay marriage was taking place…. Jamie Raskin, professor of law at American University, testified as to why the amendment should not be passed. At the end of his testimony…. Senator Nancy Jacobs stood up and shouted: “Mr. Raskin, my Bible says marriage is only between a man and a woman. What do you have to say about that?” To which Mr. Raskin replied: “Senator, when you took your oath of office, you placed your hand on the Bible and swore to uphold the Constitution. You did not place your hand on the Constitution and swear to uphold the Bible.”

As for me, save me from the self righteous who are certain in their judgment of other people. My experience has been the more self righteous they are, the more likely they are hypocrites and that includes religious leaders, politicians and bishops.

0 thoughts on “SAVE ME FROM THE RELIGIOUS SELF RIGHTEOUS”