My daughter Susan luvera Chiabai has written a self published book: Dear Nick – Letters From the Edge. She explains the title by saying that the contents are letters to her brother Nick which she says were written during bouts with insomnia in the early morning hours, but not actually mailed. The contents deal with her experiences from the year 2000 through 2012 involving her children and family. Her description of life with her husband Ron over 26 years and their two grown children,Lidia and Vincent, describe in an amusing and clever way the daily struggle of being a parent and spouse. 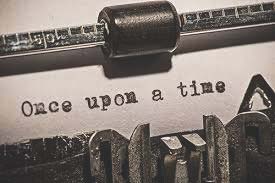 Making allowance for parental pride, she is a very talented writer and this short book is fun to read and entertaining.

Her writing is the latest of a history of writing by our family. It began with my father, Paul N.Luvera Sr., publishing a book How to Carve Totem Poles in 1977. The book is still available on Amazon. The amazing story of how an Italian immigrant ended up publishing a book on how to carve Indian totem poles is a unique story of itself. For a full explanation of the story see:  http://community.seattletimes.nwsource.com/archive/?date=19901109&slug=1103265

Before he died in Anacortes in his 90s, Dad had written a second book: An Italian Immigrant's Journey – The Memories of Paul N. Luvera Sr. which was not published until 2012, after his death. My sister Phyllis Luvera Ennes worked very hard on editing dad's memoirs and preparing the book for publication. This was not as simple as it sounds because Dad typed on an old portable typewriter using what he called "two fingered typing." He used the forefinger on each hand and typed. He would then give the pages, with mistakes and misspelling to Phyllis who would have to do considerable editing. The result is a captivating story of someone who achieved the great American dream after leaving the poverty of southern Italy and ending up in Anacortes, Washington. Phyllis's daughters, Marty, Dorothy & Mary had it published after finishing the editing.

Phyllis was a talented writer herself. She had a master of science degree from Montana State University and taught English and speech in Montana until returning to Anacortes in 1973 where she was the librarian and reading specialist until her retirement in 1992. A skillful writer and story teller, Phyllis was a member of the Skagit Valley College senior English class and wrote poetry, prose and short stories. She was our family historian and collected and published family stories. She wrote and published delightful short stories about things like events in our neighborhood. For example one book, From the End of 9th Street, was about events involving our house at 2102 9th street in Anacortes and the neighborhood. She recorded family stories and history in telling the story. In addition, she published several of these wonderful histories involving family affairs. Phyllis died in Anacortes 2013.

Mother, in a sense, was also a writer. Phyllis took on the project of publishing a book of mother's recipes and advice for cooking. Our mother, Mary Babarovich Luvera, was well known for her skills as a cook. The neighborhood children called her "the cookie lady." The book published in 2010 was: Mary Luvera’s Kitchen, a collection of mothers unique recipes and cooking advice.

My sister Anita Luvera Mayer is a very talented person and also a writer. She is an internationally known artist and weaver. She has been weaving and working with textiles for over a quarter of a century. She has traveled throughout the  United States and Canada as well as around the world giving lectures and conducting workshops. Anita has received awards for her work as well as individual shows involving  exhibits nationally and internationally. Her work has been included in national and international shows as well as one-woman retrospectives. Her artistic work includes lectures and workshops on clothing, women’s issues and creativity. she too is a writer. Her books on her artistic work include Clothing from The Hands that Weave, available on Amazon, and Handwoven Clothing: Felted to Wear as well as articles in journals.

I've had a hand in writing as well over my fifty years of being a trial lawyer. I've published some five legal books and contributed introductions, chapters or contributions to a half dozen or more legal books as well. I've published over two hundred articles in legal journals and publications nationally and internationally. Over the past decade I've maintained two blogs, this personal journal and a legal one: plaintifftriallawyertips.com. Writing seems to run in our family. I credit extraordinary parents for it.

By the way, Susan can be reached at susan4g4b@gmail.com.