American Catholics are increasingly skeptical of how the Pope is handling sex abuse in the church, according to the Pew Research Center. Less than half say he is doing a "excellent" or even "good" job on the issue, according to a survey taken in January, before the most recent scandals. We know the present news about the problem: 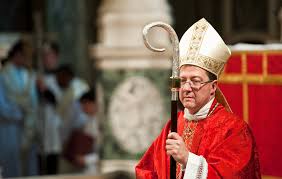 After the 2002 Catholic sexual abuse scandal, the US Conference of Catholic Bishops adopted new policies. They pledged to report priests accused of abuse promptly to police, include lay experts in abuse investigations and adopt "safe environment" training in their dioceses. The U.S. bishops convened in Dallas and adopted A response to sexual abuse. But, there are some obvious defects in their plan.

They didn’t identify what the data clearly showed was the main part of the crisis: It wasn’t pedophilia, or the sexual abuse of pre-pubescent girls and boys; rather, it was the same-sex molestation of post-pubescent boys, encompassing more than four out of five accusations.

They failed to clearly deal with the corrupt culture that permitted such wide-scale abuse. The failure to eradicate the situation of priests living double lives, cheating on their vocations with men and women

Worst of all, they exempted themselves from the plan

There was widespread outcry from the grand jury report information. The Catholic laity mood shifted from shock and grief to outrage. An increasing number of Catholics are calling for the Church to clean house – starting with the bishops. Catholic theologians, scholars and lay leaders began circulating a petition urging all 271 active bishops in the United States to step down. In May, all of Chile's 31 active bishops were called to Rome for an emergency summit after a Vatican investigator looked into a clergy sex abuse scandal in that country. All 31 offered their resignation and the Vatican eventually accepted five of them.Many Catholics say they are wary of bishops trying to police each other, saying such a system could be rife with conflicts of interest.

Others say the recent scandals are cause for the church to re think it's position on the all-male celibate priesthood.The Pope has said the "door is closed" on ordaining female priests, but has said he is open to discussing the possibility of married priests in places where there is a shortage of clergy. But the meeting to discuss that possibility won't take place until October 2019. Many Catholics are looking for action now.

Under the present scheme central power rests in the pope at the Vatican. The tiers of power extend downward to Cardinals and Bishops appointed by the Pope. Then to parish priests and the laity. For centuries, Catholic bishops have had near-total control in their dioceses, with little oversight from anyone save the Pope.  However, from the beginning of church history, bishops were elected by the laity and clergy of the various local churches, or dioceses. And this included the Bishop of Rome, known more popularly as the pope.One of the unintended consequences of the Gregorian Reform of the 11th century was the centralization of authority in the papacy. Despite efforts to restore the ancient practice where the clergy and laity as well as the neighboring bishops played a key part in the election of bishops, power passed to the pope. It was at the beginning of the 19th century, with the concordat between the French emperor Napoleon and Pope Pius VII, that the pope alone was vested with the power to appoint and remove bishops anywhere in the Roman Catholic church. That system has remained in place ever since. It was given formal legal status in 1917 with the promulgation of the new Code of Canon Law. With few exceptions, potential bishops are recommended by the bishops of a province. Three names are forwarded by the nuncio, who makes his own recommendation, thento the Congregation for Bishops, which submits a final recommendation to the pope, who makes the final decision.

To prove being a priest or even an archbishop doesn't automatically result in producing a humble, loving son of God, we have Archbishop Carlo Maria Vigano who has been attacking Pope  Francis since he was elected pope. This prelate, and a small group of Vatican ultra conservative bishops, have gone out of their way to undermine Francis with a goal of forcing his resignation. Vigano was the Vatican ambassador to U.S. He was open in his opposition to Francis and then  embarrassed Francis on his visit to the U.S. He invited the county clerk, who had denied a marriage license to two gay men to Washington D.C., to meet Francis, but without identifying her background to the Pope.  He introduced her and the media had photos of the pope shaking hands that the media made a big deal about. Francis relieved him of his position and he was sent back to Rome. He waited until Francis was in Ireland apologizing for sexual abuse to release to the media eleven pages of accusations against Francis which he composed with the assistance of an Italian journalist for maximum embarrassment impact. He claims he had told Francis about sexual abuse which Francis ignored and makes other similar allegations. There is no documentation, no smoking gun, to back up a word of it. A couple of arch conservative American bishops, in spite of the obvious bias, told the media they found the claims credible. After twenty seven plus years of two arch conservative popes naming pre Vatican II right wing priests bishops, there is a group of dangerous group of bishops who are anti gay, anti divorced & remarried Catholics and anti woman. Their goal is to get rid of Francis and replace him with one of their own.

The American bishops have played a significant role in the scandal of sexual abuse by their cover up and efforts to protect the Church from scandal by secrecy and failure to remove priests. The problem is aggravated by the fact the clergy are unmarried men who belong to a closed fraternity.  In addition, they have exercised arbitrary authority over the laity. Catholics have been leaving in increasing numbers because they are disconnected from the Church relationship to the reality of their lives. The present revelations are shocking enough that the remaining Catholics are insisting upon a change. It has to start with the Vatican, given the power structure, and directly impact the exercise of power of bishops. Furthermore, it has to begin now – not sometime in the future. It is also something morally obligated. If they fail to act with something other than empty words and no significant corrective action, the laity is likely to rebel by closing their wallets and by exiting the Church.