In the 1929 Rose Bowl on New Year’s Day Georgia Tech fumbled the ball and California’s Roy Riegel picked it up and ran it back 65 yards, but in the wrong direction. After running 65 yards his own players eventually tackled him. When California ended up having to punt, Georgia Tech blocked the kick and scored a safety. During halftime Riegel 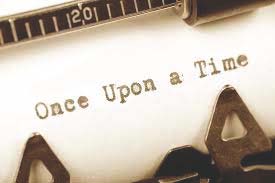 expected coach Price to be really angry about his stupid mistake. But, Price didn’t say anything about in his half time meeting with the players. When halftime was over and the team was heading back to the field, Price put his hand on Roy’s shoulder and said ”The games only half over. Go out there and give it your all." Riegel was so inspired by the coach's treatment of him that he played an extraordinary game the second half. The most powerful force we have is what we say to ourselves and believe.

Richard Bach wrote his 10,000-word story, Jonathan Livingston Seagull in 1970.  Eighteen publishers rejected the book before McMillan agreed to publish it. Within five years, it had sold over 7 million copies in the US alone. Richard Hooker took seven years to write his humorous novel M*A*S*H which was rejected by 21 publishers on until Murrow publishing took a chance, resulting in a bestseller and an Academy award-winning movie as well as a long-running television series.

Judging others by Appearance

Here are two actual examples from life where judging others by appearance proved to be huge financial mistake.

In 1884 a young man from America died while on a trip to Europe. His parents were grief stricken and decided to create a permanent memorial in education that would ensure his name would be known year after year. They arranged a meeting with Charles Elliott, president of Harvard University. They explained their goal of establishing a permanent  memorial in education in their son's name. Elliott listened to this plain looking and unpretentious couple. Then, in a very condescending manner, he explained something like that would be very expensive. He dismissed the idea because it would be unlikely they could afford it. The parents were offended. They thanked him for his time and left. The following year Elliott was shocked to read that this same couple had donated $26 million as a memorial to their son. The memorial was a university. It was to be named Leland Stanford Junior University.

In October 1988, John Barrier parked his pickup truck at the Old National Bank in Spokane where he had done business for thirty years. Fifty nine year old Barrier was wearing his working overalls and went inside to cash a $100 check. When he returned to his truck, the lot attendant told him the parking ticket was 60 cents, but he could take the ticket back inside and validate it. Barrier went back inside and asked a teller to validate it. She refused, telling him cashing a check was not considered a transaction that entitled validation. He asked for a bank manager who came over. Barrier explained about the parking ticket and that he was a substantial depositor, but the manager, after looking him over, also refused to validate parking. Barrier said "Fine, if you don't need me, I don't need you." He then withdrew all his money on deposit in the bank and reinvested it down the street at Seafirst Bank. The deposit was for $1 million dollars! Old National, now U.S. Bank confirmed the story was true when contacted  by the media. The bank representative said this incident had "Prompted the bank to review the way it does business. Every customer should be treated as a guest. Unfortunately, this incident didn't happen that way," It turns out the man in overalls and driving an old pickup truck was a millionaire the bank had offended over a 60 cent parking validation. As Barrier said later  "if you have $100 in a bank or one million,  I think they owe you the courtesy of stamping your parking ticket.”

Mario Tonelli was a former Notre Dame star fullback. He had played for Notre Dame in the 1930s and was known for a 77-yard run that beat Southern California in the Rose Bowl. He later  played for the Chicago Cardinals before joining the U.S. Army. During the war in the Philippines he became a Japanese prisoner along with hundreds of other troops. He was  among the soldiers on the infamous Bataan death march. The thousands of other soldiers who had surrendered were forced to march under conditions resulting in some 24,000 soldiers dying and others gunned down. As Tonelli stumbled along, a Japanese guard saw his Notre Dame graduation ring and ordered him to take it off and give it to him.. A short time later, however, a Japanese officer gave him back the ring. He told him, in perfect English, that he had been at the USC game and watched the famous run. He was a fan.

The preacher spoke to the congregation about perfection. He told the flock to be the best they could, but that no one was perfect. He then asked if anyone in the congregation thought they were perfect and if so challenged them  to stand up. A man near the back of the church rose to his feet. Surprised, the preacher asked, “so you think you’re perfect?” The man replied “No, I’m standing up for my wife’s first husband."

There's nothing too profound here, but I thought you might enjoy the stories.

2 thoughts on “SOME ENTERTAINING STORIES TO BE SHARED”