Like someone who drank more than they should have and paid the price the next day, I watched too much of the confirmation hearing involving judge Kavanaugh yesterday. It was disturbing enough that it kept me awake that night. Aside from the controversy over whether Brett Kavanaugh did sexually assault Dr. Ford or not, he clearly and undisputedly demonstrated by his conduct that he is not qualified to be on the United States Supreme Court. He is thoroughly lacking the temperament, fair mindedness and maturity for such an important role. In a lengthy, shouting, angry and tearful tantrum, he illustrated why he is totally unqualified to be someone with the responsibilities of a Supreme Court judge of United States

What he did demonstrate is that he is an elitist, self-centered egotist who threw a total out-of-control tantrum over the fact that anyone would accuse him of not being qualified for the court. Obviously he is used to having his own way and like many federal judges has never had to deal with someone challenging his autocratic conduct. Like Donald Trump, he recited at great length all of what he sees as his wonderful accomplishments. Like Donald Trump, he reacted like a spoiled child when questioned about his conduct or qualifications for the position. It was simply beyond his contemplation that anyone would not find him a perfect judge and a perfect person.He shouted at the democratic senators, struggled to keep from crying and ranted to Senator Finestein that his life had been ruined.

Worse than that, he is a clear political partisan who is totally unqualified to fill the role of someone from whom objectivity and fairness is expected. Using some of the most partisan language a Supreme Court nominee has used in the modern era, Kavanaugh angrily accused Democrats of engaging in a “calculated and orchestrated political hit” that was animated by “anger at [President Donald] Trump” over the 2016 presidential election, as well as “revenge on behalf of” Bill and Hillary Clinton. “It is hard to imagine this person being objective and fair on the Supreme Court,” Sen. Brian Schatz (D-Hawaii) tweeted on Thursday amid Kavanaugh’s opening statement. Ron Brownstein, an editor for The Atlantic, echoed the sentiment.

His conduct was like an angry teenager arguing with a parent. He angrily, rudely and continuously interrupted Democratic senators who were questioning him. He flat out refused to answer direct questions put to him and instead like a trained politician launched into a speech about him. At one point he angrily shouted at a senator “no, no, let me finish” 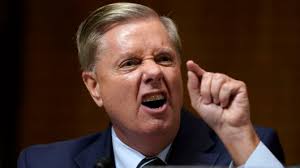 while refusing to answer a simple question. His arrogance was palpable and repeatedly demonstrated. Like a federal judge used to being in control, his temper tantrums were the result of anyone having the audacity to question his moral conduct regarding his qualifications to be a Supreme Court judge. It apparently had never dawned on him that he was the one who wanted to be on the court and that the senators had the duty of questioning him regarding his qualifications. Instead, his conduct reflected someone who thought they were entitled to the job and were enraged that anyone would dare question that right. In addition to judge Kavanaugh’s open contempt for the Democratic senators he was less than forthcoming, responsive to questions and exhibited a lack of veracity on issues. An example is when he was questioned about language in his yearbook involving “a devil’s Triangle” which he represented as simply teenage innocuous terms. However, people twitted afterwards that a” Devil’s Triangle” is a threesome between two men and one women..

The situation was aggravated by the Republican senators hiring of a lawyer on their behalf. The old, white imperious Republican senators, fearful that they would expose their anti-feminine chauvinistic attitudes employed a woman prosecutor from Arizona to question Dr. Ford. As a trial lawyer for 55 years I was surprised by her apparent lack of trial skills in examining witnesses. With Dr. Ford she wasted most of the time with information gathering questions instead of questions intended to probe veracity. With judge Kavanaugh she seemed to see her role as someone who would ask “softball” questions merely as a viaduct for him to make more speeches on his own behalf. The Republicans real attitude was exhibited by Senator. Lindsey Graham in his out-of-control and angry attack on the Democratic senators while apologizing to Kavanaugh that anyone would question his qualifications for the court. Graham's out of control outburst was an embarrassment for a United States senator.

The American Bar Association late Thursday called on the Senate Judiciary Committee to delay a confirmation vote on Supreme Court nominee Brett Kavanaugh until an FBI investigation can be completed into several claims of sexual misconduct.

A national Catholic magazine had endorsed Supreme Court nominee Judge Brett Kavanaugh in July because of his views on abortion. But after Kavanaugh and his accuser, Christine Blasey Ford, testified Thursday in front of the Senate Judiciary Committee about her allegation of sexual abuse, America Magazine revoked its endorsement.

Democrats said the extraordinary claims from Kavanaugh, whom President George W. Bush appointed to the D.C. Circuit Court in 2006, made him appear more like a partisan warrior rather than a fair-minded judge who will be required to hear from litigants before the court objectively and with an open mind.

Judge Kavanaugh will in all likelihood be appointed to the court. It will be done on a purely political basis by Republicans who are focused on being reelected and are indulging their evangelical supporters. That is totally contrary to the concept of a nonpartisan judicial branch of government the consequences over future years will be significant. Judge Kavanaugh jhas clearly demonstrated his partisan and very political attitudes. Clearly he will not forget his challengers and will be very motivated to vote without reservation his moral and political viewpoints. This is a very dangerous man to have on our court particularly as a swing vote without ever considering the truth of the allegations made against them by women. The politics of Washington DC are disgusting when displayed in this way.