In 1980 the late Roger Dangerfield starred in a movie Caddyshack as the character Al Czervik. Dangerfield portrays everyone's worst nightmare for his lack of social skills, total insensitivity and bad manners. In the movie he is a wealthy person who has "crashed" an exclusive golf country club where he goes about insulting everyone around him. Here are some examples from the movie:

Al Czervik:  Hey Doll, can  you scare up another round for our table over here? And tell the cook this is low grade dog food. I've had better food at the ballgame, you know? This steak still has marks from where the jockey was hitting it.

Al Czervik: Oh, this your wife, huh? A lovely lady. Hey baby, you must've been something before electricity

Al Czervik: [To his Asian companion]  I hear this place is restricted, Wang, so don't tell 'em you're Jewish, okay?"

While these examples may resemble what Donald Trump might tweet or say, the Republican senators have been guilty of offensive statements and hypocritical 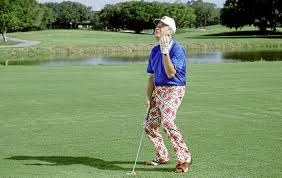 actions regarding the appointment of Judge Kaufman. The senators are entitled to raise issues regarding the credibility and timing of the disclosure by Dr. Ford. However, we also expect them to recognize the significance of the issue of sexual abuse generally with people and especially with women in this time of the "Metoo" movement. Whatever their concerns about credibility, Dr. Ford is a woman who says she was victimized by a person they intend to confirm in one of the most significant positions on the United States Supreme Court. The issue is not simply politics, but involves moral, justice, ethical and gender fair treatment. Yet, what we have heard from these arrogant and elitist politicians are statements about Dr. Ford being a pawn,confused, mistaken and unreliable. They have made accusations that her failure to report this until now is evidence of a lack of credibility. All of this demonstrates a lack of sensitivity to the issue as well as being uninformed regarding the explanation of why women often don't report this kind of conduct when it happens.

Equally disturbing is the hypocrisy of the Republican senators charged with the role of determining credibility and truth. This same group of senators has steadfastly refused to have an FBI investigation, as was done in the case of Anita Hill and Clarence Thomas. Nor will they permit testimony from corroborating or other witnesses. At the same time they have made clear their belief that judge Kaufman is innocent of the accusation and is the one telling the truth before they've heard any testimony under oath. both vice president Pence and Senate leader Mitch McConnell have made it a point to assure the evangelical community the judge will be appointed before this hearing even has taken place.

If a judge were charged with hearing the case of a person charged with a sexual offense, we would expect the judge to not have his or her mind made up before the trial began and to avoid any statements which would indicate otherwise. We would find it hypocritical for a judge to assure everyone they intend to give the person making the accusation a full opportunity to tell their story before they find the defendant not guilty.These senators, have adopted a position as "judges" and yet have done exactly the same thing by indicating they don't believe Dr. Ford and are already determined to appoint Judge Kaufman. But, they assure us they will allow Dr. Ford to testify about it before they announce the decision they've already made. Isn't that an egregious example of hypocrisy as well as insensitivity to the significance of issue itself whatever the truth of the issue?

I believe the lack of sensitivity to the issue and the hypocrisy in claiming to be willing to listen while already having their mind made up transcends the underlying question of whether it's true or not. United States senators should conduct themselves in a manner expected of their elected position, especially when it involves something as significant as the appointment of the United States Supreme Court justice. I don't think it is totally inappropriate to draw the comparison between the movie and these senators words and comments.