Abortion, gun control, climate change and terrorism are all red flag issues which are certain to cause controversy and dispute in conversations. The most recent issue that has been covered in the media is that of immigration. President Trump has famously said: "I going to build a great border wall to stop illegal immigration, to stop the gangs and the violence and to stop the drugs from pouring into our communities." As to the "caravan, he has gone so far as to allege there are: "criminals and unknown middle Easterners mixed in. I have alerted border guard and military that this is a national emergency." There are significant issues to debate about these claims.

It has been pointed out that there is absolutely no evidence or documentation for a claim that the group of people seeking asylum are either criminals or Middle Eastern. These are hysterical allegations without support. In addition, given the cost of approximately $16 million per mile for 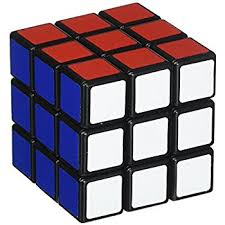 a wall extending over 1300 miles, with a price tag of between $15 billion-$25 billion, one can legitimately question the wisdom and even the efficiency of this as a solution to a problem of illegal immigration. On the other hand, there is justification for a rational discussion on the significant issue of immigration in general.

Approximately two thirds of Americans support the general concept that there should be a legal path for people to apply for citizenship. The issue of what to do about the so-called DACA situation is more complicated. That refers to the policy known as deferred action for childhood arrivals i.e. children who immigrated to the United States. Just as difficult is the problem of people already here but who are illegally present. However, the question of what to do about people who want to enter United States and become citizens or who are seeking asylum is more straightforward as an issue of immigration.

My parents were immigrants to the United States from foreign countries. My mother's family was from Austria – Hungary, what is now known as Croatia. They immigrated from a tiny island, Broc off the coast of Split to the town of Anacortes, Washington. My father (1898-1990) was born in Reggio Calabria, Italy. His parents and siblings immigrated from Italy to Canada and from there to the United States settling finally in Anacortes. After working in the coal mines of Canada and the sawmills of Anacortes he and my grandfather opened a small grocery store in 1922 at 702 Commercial Avenue in Anacortes.

They were part of the general history of immigration to the United States which began in the 1800s with people of many parts of the world who decided to leave their homes and integrate here. They were fleeing crop failure, land and job shortages, and famine. They came to the U.S. because it was seen as a land of economic opportunity. Some came seeking personal freedom or relief from political and religious persecution, hoping for a better future. 12 million immigrants arrived in the United States between 1870 and 1900. The majority of these people were from Germany, Ireland and England which were the principal sources of immigration before the Civil War. More than 70% entered through New York which came to be known as the "Golden door." The history generally of immigration has been to create a new vitality where the immigrants settled and helped transform society and culture as a source of national strength.

I know what dad's view was about immigration rights because he not only spoke of it, but he wrote a letter to the local newspaper giving his views. Essentially, he believed that immigrants should have to go through the process of being legally qualified to become citizens and should thereafter adopt the culture of this country. That included having to learn to speak English. His attitude was understandable since he had struggled to learn to speak English and studied to become a naturalized citizen. He was very proud of having done both. Not only that, he repeatedly made it clear to us, as children, that it was a great privilege for all of us to be living in the United States and to be citizens. He would tell us that this was the greatest country in the world and that we owed an obligation to give back to the community for the privilege of being allowed to live here. He flew the American flag outside of our house daily. We children did not learn to speak Croatian or Italian even though our grandparents on each side spoke little English. In our house, dad insisted that English was the only language that we should speak and that education was the key to success in this country. The latter idea originated with the fact that neither he nor my mother had more than a grade school education. In fact, my two sisters and I all were college graduates with advanced degrees.

I don't know if Dad was right and I don't have any perfect solution to the problems associated with the immigration issues. I do believe that it is morally wrong and un-American for this country to recklessly separate children from their parents either as a punishment for illegal immigration or as a deterrent. We should be ashamed for the way in which that was done. I don't believe we should close our borders to immigration totally. I believe that there should be established procedures for people seeking citizenship or asylum. These procedures should not be simply on paper for "show" but should be efficiently and fairly administered and a prompt fashion. I think that there should be border control which should be something other than erecting a wall, calling out the troops or having legal procedures which are not operable  because they are understaffed and inefficient. I do believe that we are entitled to know the identification of people both adult and children who are in this country illegally. I don't think the solution in that regard is blanket deportation. I believe it is screening and exercising fairness and equitable solutions for deserving people. Those who should be allowed to stay should have reasonable restrictions and those who should not, should be selectively deported in a fair and reasonable manner. I firmly believe that the problem deserves careful bipartisan study and attention rather than dramatic actions that appeal to the masses for political gain.

I fully acknowledge that with the present administration and political situation, the likelihood of reasonable, rational bipartisan study of this important issue will take place in the near future is non-existent.  Instead I suspect the immigration issue will be kicked around like a football for political gain. In the meantime there are deserving people who are suffering. For them I am very sorry.