Regarding the news about a missile strike on Iran after it destroyed our drone, Donald Trump has tweeted and told the media this story:

"We were cocked & loaded to retaliate last night on 3 different sights when I asked, how many will die," Trump said, "150 people, sir, was the answer from a General. 10 minutes before the strike I stopped it, not proportionate to shooting down an unmanned drone." 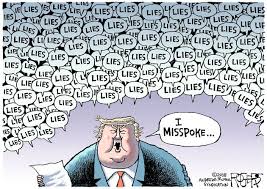 In his telling of his story about the situation, he is the hero that stops a killing missile strike with minutes to spare. We are asked to believe that in spite of a Situation Room joint meeting Thursday with numerous experts and military and administration advisers discussing the options to take, it wasn't until just minutes before the strike, no one, except him, thought to consider human deaths from a missile strike. It wasn't until Trump thought of it with only minutes to spare according to his account. Like a comic book hero, in his story, Trump is the only one smart enough to think of the death count just before the launch. If it were true, his story should  cause all Americans to be concerned about his competency and that of his advisers to have the power to carry out war conduct. It also is shocking news about by passing the requirement to have Congressional approval for war.

However, his narrative is suspiciously similar to the 1968 TV series Columbo. Columbo was the character played by Actor Peter Falk as detective Columbo. His famous line was waiting until the very last minute of an investigation that appeared to clear the real criminal, when just as he was leaving, Columbo would stop, turn and say to the guilty person "Just one more thing…" and the answer he got always solved the case. Trump's story makes him the Columbo of all the military and other experts in the room.

The probability that Trump's version of the actual events or and the truth of it's being called back, due to his being the only one to think of something no one else thought about, is beyond unlikely. The chance this is a contrived story to make him a hero and avoid having to take appropriate action  against Iran is overwhelming given his history of truth telling. The Washington Post fact-checker has recently said Trump has now eclipsed the 10,000 lie count since becoming president. I think you can safely add his tale to his total. I think it's only a matter of time for the real truth to come out.