We just returned from Scottsdale. Unfortunately, we were only there a very short time. Not enough time to make contact with friends. The trip was primarily one for completing needed projects. Our first project was bringing the house "up to speed" because everything seems to need something done  when we are away from the house for a couple of months. Our projects included a meeting with our realtors since the house on the market to be sold. In 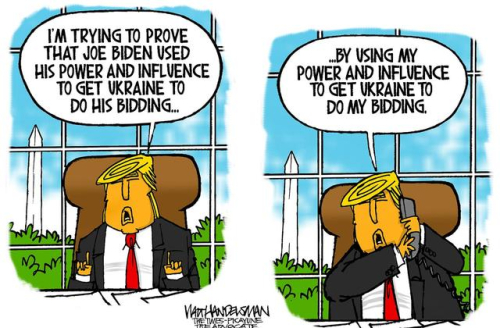 the meantime we can continue to enjoy it until there is a sale. We certainly aren't in any hurry to sell it. We are just trying to simplify our lives. Hopefully, we will be able to see friends and be more available on our return in a few weeks.  We were fortunate that the weather was sunny. Over the previous several days they had a lot of rain and flash flooding. Each day we were there we had sunny weather with temperatures in the high 70s and mid 80s.

We were surprised to learn on the news that this area, Maricopa County, has the highest rate of West Nile virus in the country. I don't recall having problems with mosquitoes here in Scottsdale at any time in the past, but we certainly have them this time, As soon as cold weather comes the problem should be taken care of, but in the meantime it's a nuisance.

As to the affairs of the state, it is surprising to me that the daily newspaper in Phoenix, the Arizona Republic, is not a supporter of Donald Trump. The state and this county are conservative Republican areas. They traditionally elect Republicans to office. However, the newspaper was a severe critic of the former sheriff, Sheriff Joe Arpaio, who was notorious for his abuse of civil rights and ignoring legal protections for people. In addition, the paper has not hesitated to expose state government and local government wrongdoing as well as political improprieties.

Like every other newspaper and television station in the country, local TV and the newspaper have widely covered the recent developments involving Donald Trump and his contacts with the president of the Ukraine over solicitation for political dirt on Trump's chief political opponent Joe Biden and his son. The Republicans and the White House have developed a list of "talking points" to defend the actions of President trump and his lawyer Mr. Giuliani. What is striking to me is that none of the talking point responses deal with the truth of the facts. Instead, they employ well known logic evasion tactics. which are well-recognized logical fallacies. They include the technique Trump has employed from the time of his candidacy to the present time of ignoring the allegation and instead making a personal attack on the person making claims. This tactic of name-calling and personal attacks on integrity and
character of the person making the allegation while not responding to the allegation has been Trump's most common tactic since his candidacy. He and his supporters continue to use this evasion tactic.

Another tactic outlined in the talking points deals with the idea two wrongs make a right. This consists of not addressing the claim being made and instead pointing out similar conduct done by others. The response is that the person being blamed isn't the only one who is done the same thing. The idea is that therefore the person blamed should be excused or that the conduct was justified. This kind of excuse making is often referred to as a "strawman" excuse. In this case trump supporters claim that years ago when Joe Biden was vice president he allegedly contacted the Ukraine about protecting his son who had business dealings there. This totally debunked claim has been proven untrue. But, even if it were true it would be irrelevant to the admitted violation of this sitting president of the United States asking a foreign power for assistance in his political race for reelection. It would not justify or excuse such a  clear violation of federal law. Nor does it make any difference whether a reward or punishment was offered in exchange for the favor. A "quid pro quo" is not required to have a serious violation of federal law in this regard.

I thought the clearest illustration of Republican response to the facts was House Republican leader Kevin McCarthy's interview on the television program 60 Minutes last Sunday. McCarthy was widely criticized for his total refusal to answer clear questions and instead continually repeat talking points. He wouldn't respond to the fact that it is not insignificant that President Trump had blocked $400 million in military aid to the Ukraine just days before this call was made. He ignored the fact that about President Trump referred to the United States and been "good" to the Ukraine before he then pointedly asked for a "favor" regarding investigating the Biden claim. Yet, McCarthy refused to give any response to these admitted facts.

One wonders about President Trump's thinking when he decided to ask for help from the Ukraine. After all, we had just gone through a two-year investigation whether the trump administration had violated the law by seeking the assistance of Russia in his election campaign. With all of the publicity about the matter over such a long period of time it's hard to imagine that any American and especially President Trump would not fully understand that it is a serious violation of law to ask a foreign power to become involved in an American political campaign. Yet, Mr. Trump first overrode Congress and withheld millions of dollars in military aide to the Ukraine while following that up with a request to the Ukraine: "I would like you to do us a favor." That favor was a political favor to help Mr. Trump in his reelection bid. That request is a clear violation of serious law. Either the President somehow was ignorant of how serious a violation that was in spite of all the Muller publicity or he simply believed he was above the law and no one could touch him. Either way, it is disturbing.

The question then becomes what to do about it. The choices for the Democrats are to either ignore or investigate it. Given his public admission of what he said and the clear violation of a significant law, it's hard to consider ignoring. However, investigation does not require impeachment proceedings which have now been undertaken.  My own view about impeachment is the same as that of New York Times columnist David Brooks. The impeachment process involves instituting the investigation of whether there is sufficient evidence to justify a trial for removal from office. The removal from office requires a majority vote of the Senate. In order to have a removal at least 20 Republican senators would have to vote for removal. That's assuming all the Democratic senators voted to remove from office as well. Given the political climate, it's highly unlikely there would be enough votes to make the impeachment successful with a vote of removal from office. If not removed, that would mean that Mr. Trump would have been vindicated. In all probability that would happen before the presidential election which would favor Mr. Trump. In addition, at least now, the American people are divided on whether any investigation or impeachment should proceed.

I don't see the benefit of an attempted removal from office impeachment proceedings. I do see the benefit and the obligation to thoroughly investigate. I think that Trump administration officials who refuse to cooperate or testify should be promptly prosecuted for contempt of Congress. They should be punished for actions which would make them above the law. The American people are entitled to know the truth about this situation.

2 thoughts on “OUR SCOTTSDALE REPORT AND (WHAT ELSE?) POLITICS”