Our friend, Harvey Felder, talked about his father in a recent Email he sent to my wife Lita and me. I thought it was inspiring and asked permission to repeat it here. He agreed.  So, who is Harvey? At this time, he is the Director of Orchestral Activities at the University of Memphis. You can find his biography at https://www.memphis.edu/music/fac-staff/bios/felder.php He has a national reputation in his professional musical field. He has conducted at Carnegie Hall as well as numerous other symphony locations and venues. Our friendship dates from Tacoma where he was for some twenty years conducting and directing the Tacoma Symphony. Here are excerpts from an article by reporter Rosemary Ponnekanti outlining some of that background:

“The Tacoma Symphony Orchestra announced Thursday that its longtime musical director Harvey Felder will step down at the end of the 2013-14 season. Harvey Felder was an important transitional figure for the Tacoma Symphony’s 70-year history when his contract began in 1993. He introduced significant changes. When he was hired, the orchestra was a mix of professional 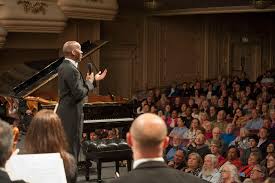 musicians, semi-professional ones and talented amateurs. But under Felder’s leadership, all members would either have to show proficiency or significantly up their level of performance to avoid being replaced.

Besides improving the orchestra’s musicianship, Felder worked at broadening its appeal to the public. He added pops-style concerts and began performing at what is now the Washington State Fair. He connected with audiences from the podium, explaining the music and chatting in a friendly, accessible way that was unusual at the time.

Felder, who joined the 85-member symphony in 1993 after a national search, is leaving the symphony to dedicate more time to a number of musical projects he began while conducting the orchestra. Felder’s current contract expires in 2012, but he agreed to a two-year extension through June 2014 to allow the organization to conduct a comprehensive, national search for a successor. Felder will be named the TSO’s conductor laureate at the conclusion of his tenure. Felder now moves on to direct orchestra studies at the University of Connecticut, as well as other work. He will be remembered here for his intensity and passion for excellence, for the connections he made with audiences and schoolchildren and, most importantly, for reshaping the Tacoma Symphony into an orchestra the community can be proud to call its own. Bravo, maestro.”

Harvey’s family is pretty amazing.  Harvey’s mother, Emma Felder, who died in 2008, was the first in her family to attend college, earning her bachelor’s degree in nursing, followed by a master’s degree at the University of Wisconsin-Milwaukee and a PhD from Marquette University, Dr. Felder taught at the University of Wisconsin, Milwaukee College of Nursing for 23 years as well as other accomplishments.  As to Harvey’s father, here’s what Harvey said in his Email:

The sad news today is that my 94-year-old father is not doing well.  He was tested for COVID-19 yesterday and the results should be in later today.  Our father has led a remarkable life.  He was born and raised in Arkansas—the “Jim Crow” south.  He skillfully negotiated “Jim Crow’s” perils and thrived.  He earned a college degree at a time when it was extremely difficult for African Americans to do so.  He migrated to Wisconsin in search of better opportunities for himself and his soon to be family.  He raised three successful children, sending us off to college to earn undergraduate and graduate degrees.  He worked for Milwaukee County as a social worker for over thirty years.  Until recently, he lived independently in his own home, enjoying sports on TV, the occasional trip to the art museum, and lunches with his children.  My father was an accomplished pilot and sailor.  He flew his plane well into his late sixties and sailed his boat until his eighties.  He is quite a man.

One of my favorite memories of my dad is him sitting me down at the kitchen table when I was a sophomore in high school for a conversation.  He wanted to know what I wanted to be, what I planned to study in college.  I told him I wanted to be a music teacher.  He paused, then expressed that he was hoping I would be drawn to neurosurgery or the law.  I said, “…no, being a music teacher has been my ambition since seventh grade.”  He said, “I see,” and the conversation was over.

Within a week he went out and purchased the best French Horn (I was renting an old instrument from my school’s band program) he could afford for me.  He enrolled me in the city’s music conservatory for music lessons and music theory classes.  He found performing opportunities for me and encouraged me to audition for every band and orchestra in the city.  He never missed any of my high school concerts; he was always in the audience.  When I returned home to Milwaukee in the eighties (after being away for about 10 years) to become the assistant conductor of the Milwaukee Symphony, he made sure he was sitting, in what were the equivalent seats you and Lita had at the Pantages.  I could always see him out of the corner of my eye as I conducted.  While he never was very effusive, I always knew how proud of me he was.

After that conversation at the kitchen table all those years ago, my dad never mentioned neurosurgery or the law again.  He saw my passion and stepped up to support that passion whole heartedly.  I am very lucky to have had him as a parent.”

When I received this Email from Harvey, I thought about the fact I am the son of immigrant parents. My father was born in Italy and my mother’s family immigrated from the island of Brac in Croatia. Neither had more than a 6th grade education, but they made sure my sisters Phyllis, Anita and I all had college degrees. These are the stories of people who accomplished much in the face of great challenges. We owe a debt to those who made it possible for us to succeed. 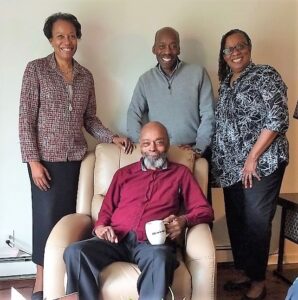 Harvey’s father passed away December 27, 2020. May his soul rest in peace