The late Robert H Schuler, a pastor and motivational speaker, once asked “What would you do if you knew you could not fail?” In fact, there’s a real life example of the answer to that question. It’s the true story of mathematician George Dantzig who died in 2005. The incident in question resembles a scene from the movie Good Will Hunting with Matt Damon and Robin Williams. 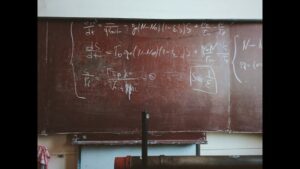 There is a famous scene, early in the film, when Damon’s  character, working as a janitor, is cleaning a classroom of a mathematics professor played by Robin Williams. There is a complicated mathematical problem chalked on the chalkboard. It is on the blackboard because it is an example of a math problem which was regarded as near impossible to solve. Damon studies it, picks up a piece of chalk and writes the correct answer. The next day the professor finds the answer on the blackboard and is amazed. He erases that problem and writes an even more difficult one. That evening, Damon studies it and writes out the correct answer, but this time Williams discovers him in the act. The movie is based upon this opening scene.

The true story of George Dantzig models the movie. Dantzig was a student in UC Berkeley’s graduate program. He was a normal student without any particular significant accomplishments studying statistics under a professor Neyman. One day he was late for class, which was not unusual for him. On the blackboard there were two lengthy mathematical problems. Because he was late for class he wasn’t sure why they were there and after listening to the lecture, he decided that they must be the work assignment for the students. He copied them down. He then studied the problems after class for a time and solved them. He turned them in late to  the professor and apologized for taking so long to do the homework because he explained: “The problems seemed to be a little harder than usual.”  The professor, assuming it was just late homework, paid little attention. In fact, he did not Look at them for some time. 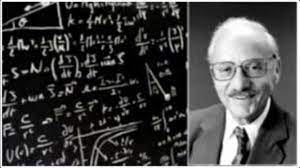 Later in his graduate studies, Dantzig Was struggling to come up with a thesis for his graduate degree. He was given the OK to include the material he had turned in as homework in a binder for submission as counting towards his thesis. Weeks later, Professor Neyman read the material and rushed to find him. He excitedly told him he was sending the papers he had turned in as his homework for publication. Dantzig had no idea what he was talking about until the professor explained that the two problems on the blackboard were famously unsolved statistical problems and not homework. In fact, they were two problems that were celebrated around the world as being unsolvable by mathematicians. Dantzig Didn’t know these problems were supposedly unsolvable as he later wrote about the incident:

“If I had known that the problems were not homework, but were in fact two famous unsolved problems in statistics, I probably would not have thought positively, would have become discouraged, and would never have solved them.”

Dantzig went on to become a famous mathematician best known for his development of the simplex algorithm. This is a popular algorithm used in linear programming to find the optimal solution to problems that can be described through linear mathematics.

So, What could you accomplish if you didn’t know it was impossible?