I went to Sunday Mass in Tacoma today. My penance for being distracted during the service is to confess it to you. To start with, a young woman of about twenty five came in before the services started to the Choir section. She had with her a 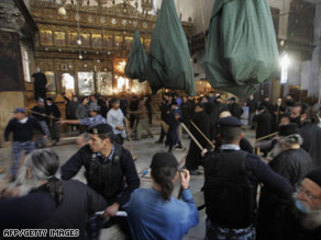 Down’s Syndrome youngster in his early teens who looked like he was probably her brother. She helped him get off his coat and sat him in the chair behind her. He had a smile on his face and sat crossed legged on the chair. No one was sitting by him or was supervising him. I checked on him during the services as he was directly in my line of sight only twenty feet away. He always had a smile, looked content and was sitting patiently. He didn’t need supervision. It made me reflect on all the brain injured children I have represented over the years and their families. Care givers, like the young woman who brought him to church with her, whose lives have probably been turned upside down out of love and compassion for a child, brother or sister or spouse with special mental needs. People requiring a great deal of daily care and whose family have sacrificed so much in providing it. These injured people and their families have largely come into my professional life, moved through the legal process and then have disappeared from my life afterwords. I have gone on with my life, but after I provided legal help, they have had to spend theirs caring for this special person in their family. They are inspiring to think about.

The Mass was preceded by woman giving a talk asking for financial support of Catholic Family Services. Unfortunately, it was too long, too flat and was read to the congregation. What it did for me was to remind me of the letter I had written to this organization explaining why, after many continuous years of financial support, I would no longer contribute anything to the organization. This was during the bitter initiative drive by the insurance industry and big business for a draconian law taking away any accountability for the harm done to deserving injured people for basic justice. In the middle of this political fight, Catholic Family Services had chosen to join the major tort reform group supporting tort reform in Washington. Fortunately, the voters rejected it, no thanks to this organization who supposedly stood for compassion and assistance of those in need.

During the service, the scripture readings referred to Bethlehem. I thought back to the time, several years ago, when Lita and I went to Israel on a cruise ship during a time of military tension to visit significant religious sites. The military threat was serious enough that when we checked in to the King David Hotel, they gave us each gas masks with instructions on how to use them. One of the stops we made on this trip was the Church of the Nativity supposedly built on the spot where Jesus had been born. On arrival I had a visceral adverse reaction to the whole scene. There was over the top, even garish, church architecture. Inside, milling crowds of tourists and roaming religious in their religious attire conveyed a commercialism like any theme park you might imagine. But then, to cement my negative reaction, loud arguments broke out between two religious groups which had to be broken up by security people. It seems there was a claimed infraction of a schedule by one group. We learned that in order to keep the peace between different religious groups, all of whom claim a prior right to control this site, a strict schedule for doing everything had been established. I left this place rather disgusted while others in our group left with tears running down their faces they were so moved by the religious experience they felt. Beauty is in the eye of he beholder.

In any event, I was not surprised when, this Christmas, CNN reported that Greek Orthodox and Armenia priests had attacked each other with brooms and stones inside the Church of the Nativity when some of the Orthodox stepped inside the Armenian section of the church touching off the fight between about 50 Greeks and 30 Armenians. It had to be broken up by the Palestinian police. It was reported that four people, some with blood running down their faces were wounded. This only confirmed for me how un-Christian so many professed religious people often act, setting the opposite example Jesus had in mind for his believers.

The sermon was by a young priest, under thirty. It was read by him from behind a pulpit and was, unfortunately, even though sincere, made up of platitudes, efforts at oratory and a lack of anything really relevant to the people listening. I thought how better it is to abandon the speech paper, step out from behind the barrier of the pulpit, face the people and speak from the heart even when the content of the talk is not perfect. How much better to connect as a person with the listener then to try to connect intellectually by reading, what they hope, is a perfect speech. Even if what you say without reading it, isn’t wonderful, if you were genuine and open, you have made a person to person connection. That is far more beneficial then assuming you can reach people with intellectual thought and logic. Great trial lawyers have learned the lesson that first, you speak to the heart of the listener and only after that speak to the intellect. The intellect follows the heart and not the other way around. My advice to the young priest would be to prepare, but then abandon the comfort of the written speech and the barrier of the pulpit. Step out, look at the people in the eye and speak from the heart. Drop the masks and concerns about how you look or sound and be who you are, warts and all.

So there you have it. All – well maybe more truthfully, most – of my distractions today at church. But, in spite of it, I still benefited from attendance and did manage to talk to God for awhile, in between distractions.