Jeff Bridges starred in a 1996 movie White Squall, which describes life aboard a ninety two twin masted sailing ship Albatross. The movie is based on a true story of a tragic sinking of the ship. The ship was built in 1920 in Amsterdam as a schooner to serve as a pilot boat in the North Sea. In 1937 it was 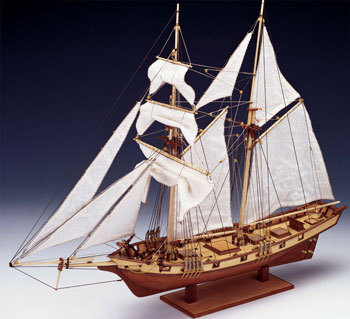 purchased by the German government and served as a radio station ship for submarines during World War II. In 1949 the Dutch purchased her as a training ship for future officers in the Dutch merchant marine. In 1954 she was bought by an American film maker Ernest K. Gann and she cruised the Pacific for several years.

Chistopher Sheldon had sailed all his life and In 1959 he created the Ocean Academy in Connecticut . He purchased the ship for to be used as a sailing school for young people which combined both college preparatory classes as well as sailing training. For the next three years captain Sheldon and his physician wife Alice Strahan Sheldon M.D. ran the programs for student passengers in the Caribbean and Eastern Pacific Ocean.

In the Fall of 1960 fourteen students sailed with the Sheldon’s plus four instructors and a cook. They sailed the ship from the Bahamas through the Caribbean to the Galapagos Islands and back to the Caribbean. One student left the ship in Balboa, Panama before it continued on with the remaining thirteen students. The ship was heading from Mexico to Nassau when on May 2, 1961 the ship was hit by a white squall.

There is no way to predict a white squall. It’s called a white squall because of the whitecaps which are driven by a strong wind from behind. It is a sudden increase in wind velocity but without dark squall clouds and is a microburst. Eyewitnesses have described it as having first heard "a tremendous whistling sound suddenly roaring through the rigging of the ship and a wall of wind of water hitting the ship as 70 knot winds pushing a 20 foot high wall of water came out of nowhere."

In the case of the Albatross it was sailing through a slight mist in calm seas about 180 miles west of Key West on May 2, 1961 when suddenly a single bolt of lightning flashed across the sky and blast of wind with a wave of white water hit the ship. Later Sheldon described it:

"It was as if a giant hand took hold of us. In 15 seconds the Albatross was on its side. In sixty seconds it filled with water. Then it was gone and the sea was calm"

The ship heeled over and sank almost immediately. As it sank it took with it six people to their deaths. Alice Strahan Sheldon, the ship’s cook and four students who were below deck at the time it struck. One of the students became entangled in the rigging while trying to free a life boat and another went down with the ship when he went below deck to save someone else. The ship sank so fast there was no time to send a radio distress signal. The survivors managed to scramble into two lifeboats. They headed for the coast of Florida. A day later they were picked up by a Dutch freighter and taken to Tampa, Florida.

Afterwards, Sheldon became the director of operations for the Peace Corps in Columbia. Then in 1965 he bought a 130 foot ship as a floating school and tried running a sailing school again. But fate wasn’t kind to him. On the second voyage the 130 foot ship caught fire off the West Coast of Central Africa. It was destroyed in the fire, but all aboard escaped.

Sheldon decided to return to work with the Peace Corps. He died October 5, 2002 while living in Connecticut.