On July 9, 1998 Melvin Mouron Belli, "The King of Torts," died in his San Francisco home of pancreatic cancer. He was 88 years old. He was survived by his fifth wife, three sons and three daughters. I happened across a reference about Belli that reminded me what an enormous figure he was in the

plaintiff’s bar for so very many years. I decided to review some highlights in this admittedly over long post, but given the extraordinary figure he was, this is brief at best. Melvin Belli was one of the true bigger than life characters of the plaintiff's bar who contributed much to tort law.

These events are connected to the fact that in the late 1960's I traveled to San Francisco to attend the annual NACCA convention as a young plaintiff’s lawyer from the small town of Mount Vernon. The headquarters for the organization was in Boston, not Washington D.C. as it is today. One of the finest orators I’ve heard speak was Tom Lambert who was the editor of it’s publications and spoke at each convention. Attending the annual NACCA convention was part of a learning process as there weren’t a lot of plaintiff seminars available and our state trial group was a small loosely organized group. Melvin Belli had his one day Belli Seminar just before each annual convention began where you could hear very

short talks by speakers from all over the country. The annual conventions were an important part of your legal education.

At this convention, there was an open general invitation for everyone attending to a cocktail party at the law firm of Melvin Belli, famous plaintiff’s lawyer, and of course I went to the Montgomery Street office. Crowds of people were there and I wondered through the building. Belli was holding court surrounded by people. In one room I looked up and there were hundreds of old fashioned hotel keys hanging from hooks all over the ceiling with a tab attached giving the hotel name and room number. Apparently Belli had kept keys from the hundreds of hotels he had stayed at over the years. This was his collection.

In the law library area there were framed legal documents from various states reprimanding Belli for various ethical infractions they described. These were proudly displayed. In a bathroom he had hung his membership certificate in the American Bar Association upside down over the toilet after they had revoked his membership for some disciplinary reason. I met and talked with Belli’s long time partner,

Lou Ashe, who personally took me around the office showing me things of interest. Lou, it turned out, had the knack for publicity as a result of his newspaper background and was the force behind promoting his partner Belli to the media. It was a colorful office with photos of the rich and famous, certificates, oil paintings and unusual decorations from all over the world. His desk and chair in his office was set on a platform as only a king’s throne should be. He was after all, the king of torts.

Born in 1907 Belli had graduated valedictorian of his Stockton High School Class of 1925. He attended the University of California at Berkeley, where he got average grades and after graduation was a seaman for awhile. Then he was admitted at Boalt Hall (where he got a C in tort class).Belli was admitted to the bar in 1933.

He began his legal career representing convicts on death row at San Quentin at the request of the Catholic Chaplin at the famous prison. His use of demonstrative evidence began when he defended a prisoner on a charge of murder occurring in prison. His defense was self defense. To prove it, Belli subpoenaed the confiscated weapons taken from prisoners over the years at the prison. He had them marked as exhibits by dumping the entire box of weapons on the clerk’s desk to be marked as an exhibit. It was a successful defense.

In one of his earliest tort cases in the 1930's he represented an injured gripman on a San Francisco cable car. Over objection he was successful in introducing a large model of the cable car, the intersection, the gearbox and the chain which caused the injury as exhibits. This was at a time when court rooms didn’t even have black boards and the use of models was unique.

In 1941 he represented a young mother, Katherine Jeffers, who had lost her leg in a San Francisco trolley accident. Belli had a wrapped object he kept on counsel table during the trial. Moving it around

frequently, but never unwrapping it or explaining the contents he waited until final argument. Then he took the wrapping off and showed the jury an artificial limb. The verdict was considered huge by the standards of that time.

His five volume set Modern Trials is considered a classic in the area of demonstrative evidence. Every lawyer, including me, owned it. I was pleased to have one of my cases described in the second volume set. Lawyers treated it as an encyclopedia of tort law. Belli introduced the idea of bringing a blackboard and chalk into the court room to use for diagrams as well as damage arguments. He popularized the use of movies, scale models, diagrams, photographs and other graphic evidence. The title of a legal article he wrote, "adequate award," became a battle cry for plaintiff lawyers raising the bar on what was an adequate award in tort case. His ideas on damages and the use of demonstrative evidence was unique and new in the plaintiff’s tort field. He was known as "the father of demonstrative evidence." He was responsible for innovative theories of recovery and brought one of the first of the tobacco cases. His cases resulted in favorable changes in tort law that benefitted injured people all over the country.

In 1954 Belli became a nationally known trial lawyer. That year Robert Wallace wrote an article that featured Belli on the cover of Life Magazine he titled "The King of Torts." The publicity made Belli famous. His law office at 722 Montgomery street in San Francisco became a regular part of the Grey Hound city tours. Belli kept the widow shades open on the street side of his office so he could wave at the tourists as they stopped to look inside. When his firm obtained a significant verdict a jolly roger flag was raised on the flag pole above the office and a cannon was fired twice. He wore expensive suits with red lining and western boots. He drove a Rolls Royce and his yacht was named "The Adequate Award." The firm would send 100,000 Christmas cards each year. He was fond of saying he worked every day except on his birthday. He’s been described as "a rogue, a charmer and a rule bender" during his law practice.

His clients included many of the famous and infamous. They included Jack Ruby who shot Jack Kennedy’s assassin, Carl Chessman who spent years on death row, Sirhan Sirhan who shot Robert Kennedy, evangelists Tammy Faye Baker and her husband. His clients included many movie stars including Mae West, Lana Turner and his pal Errol Flynn as well as mobster Mickey Cohen. He wrote some 60 books, published dozens of articles and his fame was international. He appeared in movies and television programs. He was interviewed by the media from all over the world. In fact, the firm employed a full time "media relations coordinator."

He didn’t age well, however. Four marriages ended in divorce and he had been married to Nancy Ho Belli only 14 weeks before he died. His 1991 divorce from Lia (who was forty years younger then Belli) was bitter and was very expensive for Belli in many ways. Belli accused her of having an affair with Archbishop Desmond Tutu and was fined each time he referred to her as "El Trampo" which didn’t seem to discourage him much. He was ejected from court when he accused the judge of sleeping with Lia’s attorney. He referred to her attorney as "the wort hog." He hadn’t made a great impression on the judge when the media reported he had driven his Rolls Royce to the hearing where he pleaded for reduction of support payments on the basis of poverty.

Always controversial, he was one of the first lawyers to travel to Bhopal, India where thousands died or were injured from an explosion at the Union Carbide plant there in1984. He was 77 years old and was largely criticized for international ambulance chasing. A television documentary related that he filed lawsuits in mass disaster cases, such as air crashes, for clients who hadn’t hired him just to be the first to get the publicity and have other families hire him. A prominent law journal ran an article headlined "Clients Beware: Use of this once-great king of torts and his ever changing band of associates may be hazardous to your case." In a lengthy story in the American Lawyer it was suggested that his skills "do not seem to have kept pace with his reputation."

In 1995 he was forced to declare bankruptcy. The bankruptcy listed 127 creditors and listed thirty one pending lawsuits against Belli personally. Only a week before he died, a federal judge had ordered that his law practice be taken over by an independent examiner.

In his declining years, his law firm of Belli, Belli, Brown, Monzione, Fabbro & Zakaria was forced into involuntary dissolution by his partners. David Margolick of the New York Times interviewed the lawyers 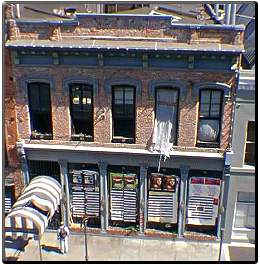 for an article in April of 1993 he titled "Melvin Belli: Court lion fighting in his own lair." He described their office as having been color coded as they were all still occupying the same building. Five of the former partners were in the blue area, Yellow was the common area and Belli, his son a few others were in the red area. Belli was 85 years old at the time. He had recently been found in contempt by a judge for owing Lia some $200,000 from the divorce.

Belli described his former partners as a collection of idiots, incompetents and ingrates. They responded that he was a social embarrassment who just didn’t know when to quit. While Belli told the reporter he had more clients then he could represent they responded it was "an old man’s delusions of grandeur." They said "there have been flashes of brilliance through the fog, but, unfortunately the signals have become weaker and weaker." He was sued multiple times for legal malpractice. Unpaid taxes were claimed to be due and. In spite of all of this and health problems, he refused to retire.

After his death, his wife purchased the Belli building for $915,000 from the bankruptcy court. It had been seriously damaged in an earthquake and could not be occupied until renovations were made. She announced it would be transformed into the Belli Museum. In fact, a dedication was held which was attended by Mayor Willie Brown and reporters several months later. But legal issues over the repair and the building prevented that from happening.

So, what are to learn from all of this? I think the most important lesson is being willing to take risks as trial lawyers. What Belli did in exploring new claims of recovery, in his imaginative approach at trial and in his use of demonstrative evidence was unique and unknown in civil cases. Instead of doing what had always been done, he did something new and challenging. His contribution was enormous and the failures in his personal life do not detract from that fact. The lessons from his professional ethical conduct and his personal life are self evident, but shouldn't detract from the genius that he was as a trial lawyer. All plaintiff trial lawyers owe a huge debt to the bigger than life Melvin Belli.

One thought on “MELVIN M. BELLI – THE KING OF TORTS”