His background was the American story. After getting out of the Navy at Whidbey Island he moved to 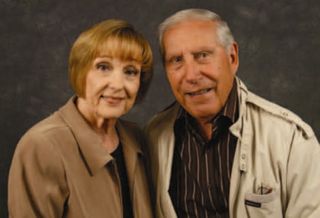 Anacortes, my home town. He operated a Chevron service station at 12th and Commerical for many years, but over the time had many other successful business interests. These included the Skyline Air Service (John was an experienced pilot) a Shell service station, the local Kentucky Fried Chicken franchise and a motel at the state ferry landing. He left a surviving wife Lielanie and was a grandfather as well as a great grandfather.

My connection to John was his friendship with my dad and our family. Dad would hold John up to me as an example of what a good citizen was like. We always traded as his service station and his family bought groceries at our small store. After I graduated from law school and began practicing law, John's son Steve had his neck fractured in a wrestling match and ended up paralyzed. After a lot of soul searching John consulted with his relative David Harney who was a famous Los Angeles plaintiff's lawyer. He recommended investigating suit and referred him to Hugh Miracle. Their investigation supported a negligence claim against the referee and school district so they filed suit in the Skagit County Superior Court. They needed local counsel so John recommended me and I ended up sitting through this lengthy jury trial watching Hugh and his partner Howard Pruzan try the case against very skillful defense lawyers. Robin Welts and Tom Lee were among the lawyers defending. Stan Soderland was the trial judge. That trial was my education on how to try a lawsuit and was the reason I ended up doing plaintiff's damage work. The jury found against the family, but the case was reversed on appeal. (Carabba v Anacortes School District No. 103, 72 Wn 2nd 939 (1967) The case eventually settled out of court.

This year I was pleased to nominate John for the Skagit County Bar Association's Liberty Bell Award honoring those who have served the community. He was given the award and was very proud of receiving it. There is much more to say about this unique man and I will supplement this after his abituary, but I am better for have known him.